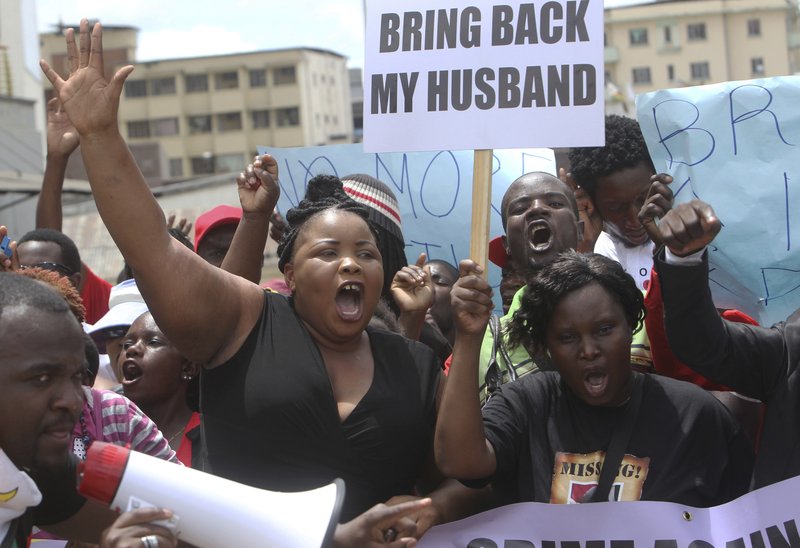 JOHANNESBURG: Amnesty International’s new leader said Wednesday his first act is writing to Zimbabwe’s next president about the disappearance of activist Itai Dzamara: “Whoever leads the new government must move to undo the injustices of the past.”

His focus on Dzamara, who was abducted by suspected state agents in 2015 under Zimbabwe’s former leader Robert Mugabe, puts further pressure on the government of President-elect Emmerson Mnangagwa, Mugabe’s former enforcer, to acknowledge past abuses.

Dzamara is the highest-profile activist to go missing under Mugabe’s 37-year rule, which was marred by the Matabeleland massacre of thousands of people in the 1980s by a North Korea-trained military brigade, harsh repression against the opposition and sometimes violent land seizures from white farmers. The southern African nation eventually became an international pariah.

Last week President Donald Trump signed a law tightening the requirements Zimbabwe must meet for the lifting of U.S. sanctions, which include ordering an inquiry into the disappearance of Dzamara and other rights activists.

It was a setback for Mnangagwa, who has tried to recast himself as a reformer since taking over after Mugabe’s military-enforced resignation in November. Mnangagwa himself remains under U.S. sanctions.

Instead of addressing the abuses of the past, however, Mnangagwa has urged Zimbabweans to let “bygones be bygones” and move on from the repressive era during which, at different times, he held the posts of minister of state security, defense and justice.

The 94-year-old Mugabe last month dismissed Dzamara as “that character” and denied knowing of his fate.

Police spokeswoman Charity Charamba on Wednesday said an investigation into the disappearance was still under way: “We will tell you if we make any progress.”

Dzamara, a former newspaper reporter, was abducted when he was having a shave at a barbershop near his home. Two days before that, he told a rally organized by then-opposition leader Morgan Tsvangirai that Zimbabweans should rebel against Mugabe.

Patson Dzamara, the activist’s brother, was assaulted and arrested by state security agents after protesting the kidnapping by raising a placard in front of Mugabe when he was still president.

On Wednesday he tweeted that it was “humbling” that Amnesty International’s new leader decided to speak up for his brother in his first act in office. He was not optimistic, however.

“It is important for the international community to continue piling the pressure but we are not holding much hope that this government will be able to provide us with answers,” he said.

“The people who are in government now, including President Mnangagwa, were in government when Itai was abducted. We didn’t receive much help then and we have not received any help now.”