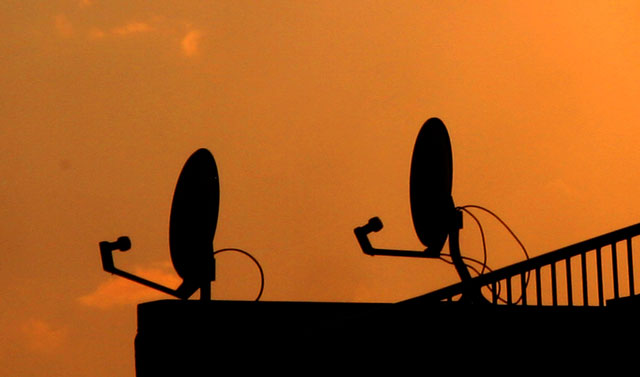 AFTER being forced to make an emergency landing for breach of licence conditions, what was supposed to be Zimbabwe’s first independently licensed satellite television station, BosTV, seems nowhere near taking off again.
Two re-launch dates have since passed, and with every passing day six months after they were made to shut down, it seems more certain that the station crashed and burnt with the order for it to shut down abruptly.
Having been given just the licence to operate a satellite television station, BosTV was found to have breached the conditions by instead operating a free-to-air service accessible via the infamous Wiztech, Phillibao and related decoders which picked free to air channels on an extra-terrestrial link giving national broadcaster ZBC TV a torrid time.
“After the shutting down of free-to-air South African channels including SABC’s 1,2 and 3, the only alternative to good programming was BosTV since going back to the nausea of ZBC’s programming was unfathomable,” says Thandiwe Bvirakare of Chitungwiza.
“Closing down of BosTV was the final nail in the coffin and we now have been forced to start buying pirated discs of popular series like Suits, Game of Thrones, Nikita and Desperate Housewives because going back to watching ZTV is a no-no,” she added.
Yet BosTV, after the sudden landing at the command of broadcasting authorities, had promised to come back on air in a jiffy.
“We had been told by the boss (Nyasha Muzavazi) that we would be off air for a month or two before providing our viewers with our own decoders and equipment for us to hit the airwaves again.
“Several months later we are still in limbo. We were even given certain re-launch dates but those came and went,” said an insider in the dark Bostv empire where nobody sees light at the end of the tunnel as yet.
At the Zimdancehall awards, which were also supported by BosTV as part of its corporate social responsibility programme, the firm announced it would be back on air in Mid-May. But that date has since passed. An altered return date of mid-June was also tossed around. Again for expectant viewers; no such luck.
A legislator interested in broadcasting issues however laid the blame at the government’s door, insisting they ought to have given the broadcaster time to fix the problems while they were still broadcasting in order not to disrupt the revenue flow as there had already been commitments from the advertisers and the station was already contributing to the tax coffers.Advertisement

“SABC and E-TV closed down on their own terms and they couldn’t be hurried by government whatsoever,” said the MP who refused to be named.
“I think government should have done the same for a local player that was not only an employer but had hit the ground running holding events that helped enrich the arts industry here in Zimbabwe.
“Closing them heavy handedly and abruptly was definitely not a very clever or strategic thing to do.”
Now the BosTV case has taken centre stage as people are calling for programming better than ZBC and with the Broadcasting Authority of Zimbabwe dragging its feet on licensing new players, it seems viewers are stuck with the fit-inducing line-up ZTV offers should they not have enough to pay for pay-TV as offered by MultiChoice’s DSTV.
“We are battling to get things in order here at Bostv but I think our plight would have been made easier had we been given the green light to operate while on the other hand aligning our operations with the full provisions of our licence,” said a BosTV insider.
“Sadly that was not so and equipment lies dusty somewhere while we definitely could have finished fixing things earlier had we been operating. Over and above that, we could have grown our operations and workforce by now.
“I cannot comment openly on that as the boss is making efforts to get us back on air with a date-listed plan to ensure we meet provisions of the licence by certain deadlines rather than have us shut down completely so he is going to engage government.”
In an economy where other companies are closing down because of lack of capacity, it seems a sensible argument that BosTV should, at least, have been given the life-line of continuing to operate while they were fixing their problems.
Now as it stands, nobody knows when if ever, they shall return to the small screens and offer the bouquet that had started becoming popular in the whole of Africa while broadcasting from the heart of Zimbabwe.