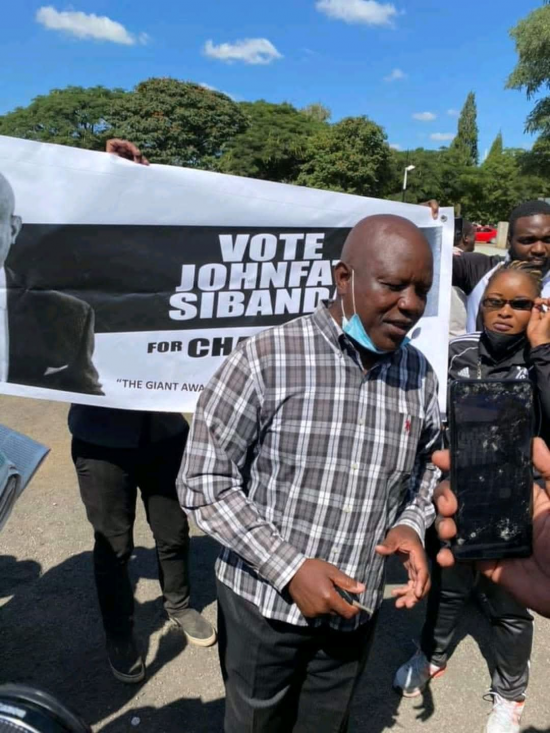 NEWLY-ELECTED Highlanders chairperson, Johnfat Sibanda is calling upon the Bosso faithful to unite and move on for the betterment of the football giants.

In a statement Tuesday, Sibanda said it was normal that elections tended to divide allies but urged reconciliation for the cause of the popular club.

“Every election inevitably results in winners and losers, in victory laps one side and tears on the other.

“Every election carries inherent potential to divide people, to entrench animosities and build conflict amongst leaders and followers. These are real fears and real possibilities as we emerge from the Highlanders Football Club.

“For nothing, absolutely nothing is as important as the unity and sincere sense of collective purpose of the people of Highlanders at this hour and in the hours yet to come,” said Sibanda.

Morgen Dube and Mgcini Mafu were also among the winners in Sunday’s elections after they secured the secretary and committee member positions at the expense of Israel Moyo and Bhekumuzi Sibanda respectively.

According to the Bosso constitution, the selected trio will lead the team for the next three years.

“There may be thinking or feelings out there, harboured by some for many reasons that those that have been in charge of the club and those that lost the leadership race at this weekend’s elections are mine or enemies of that that won the election.

“I want to dispel all of those thoughts and any of those fears. Nothing is further from the truth. I am proud of the leadership of my brother Kenneth Mhlophe and the sacrifices and work of his team put in over the past years,” Sibanda said.

He added, “I shall soon roll out the process to a unifying vision and long term and short term strategic plan that must guide us going forward. Everyone must buy in, contribute and feel as a critical part of this plan and the re birth of Highlanders. Importantly, I hope to be able to tap into the experience, wise counsel, networks and expertise of Mr Mhlophe, the Highlanders legends and all my predecessors.”