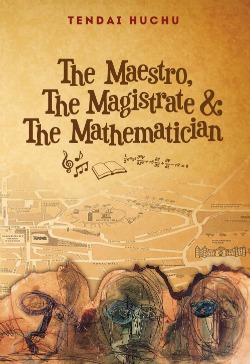 TENDAI HUCHU, has set his second novel in the city where he now lives.
As the back cover informs us, ’The Maestro, The Magistrate & The Mathematician’ tells the story of three very different men, who struggle with thoughts of belonging, loss, identity and love as they attempt to find a place for themselves in Britain.
The Magistrate tries to create new memories and roots, fusing a wandering exploration of Edinburgh with music.
The Maestro, a depressed, quixotic character, sinks out of the real world into the fantastic world of literature. The Mathematician, full of youth, follows a carefree, hedonistic lifestyle, until their three universes collide.
In this carefully crafted, multi-layered novel, Tendai Huchu, with his inimitable humour, reveals much about the Zimbabwe story as he draws the reader deep into the lives of the three main characters.
A recent review for the Royal African Society blog commented: “The book is itself a cultural experience: a tour of Edinburgh’s soul: her streets, and landmarks which [The Magistrate] maps with music through his Walkman… it’s a universal and truly illuminating work.”
‘The Maestro, The Magistrate & The Mathematician’ has been published in Zimbabwe, and will soon be published in Nigeria and other West African countries, as well as translated and published in Germany and Italy.
It will be published in Britain later this year; at present it is available online through africanbookscollective.com and Amazon.Advertisement