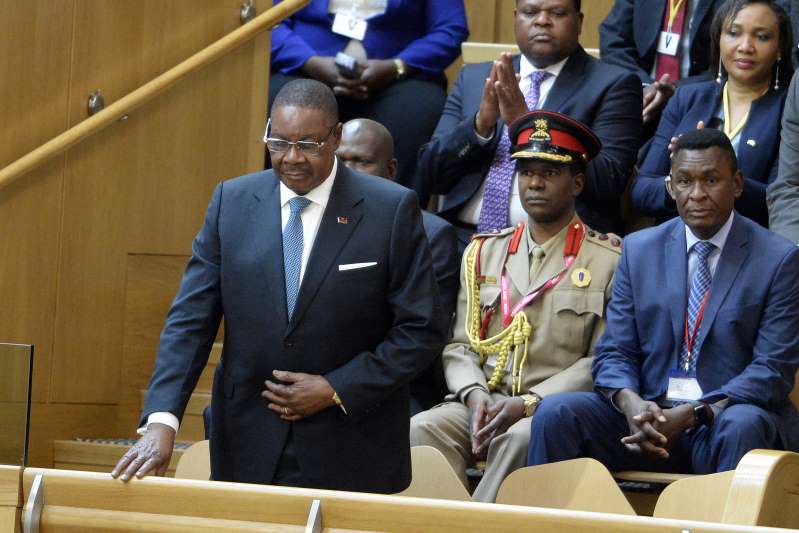 Malawi has passed a law that will ban politicians using cash payments and other incentives to buy support ahead of key polls due in May next year.

The Political Parties Act, which came into force on Saturday, will see candidates convicted of improperly swaying the electorate face fines of up to 10 million kwacha ($13,600) or five years in prison.

Campaign materials including posters, leaflets and clothing will be exempt from the new law.

Malawi goes to the polls in presidential, parliamentary and council elections on May 21 next year and candidates at every level have typically used cash payments and gifts to secure support in advance of past votes.

“We have propagated a culture of patrimonial politics through handouts,” he said. “Instead of people voting out of conscience, you are essentially buying their vote.”

Former president Joyce Banda’s Peoples Party (PP) said “we have to follow what it says”.

May’s election will prove to be one of the most significant in Malawi’s history as Banda, a popular former head of state, will face off against President Peter Mutharika.

Banda is known for donating to the poor across the country, and a party spokesman said it would “see how it will be implemented”.

Mutharika’s ruling Democratic Progressive Party (DPP) said it would obey the law “as we do with all other laws”.

“We believe that people should be voted for because of the issues and ideas that they propagate,” said UTM spokesman Joseph Chidanti Malunga.

Malawi is one of the world’s most aid-dependent countries and corruption is rife.

Mutharika has become embroiled in a graft scandal after it emerged specialist corruption detectives were investigating a suspect police rations procurement deal.