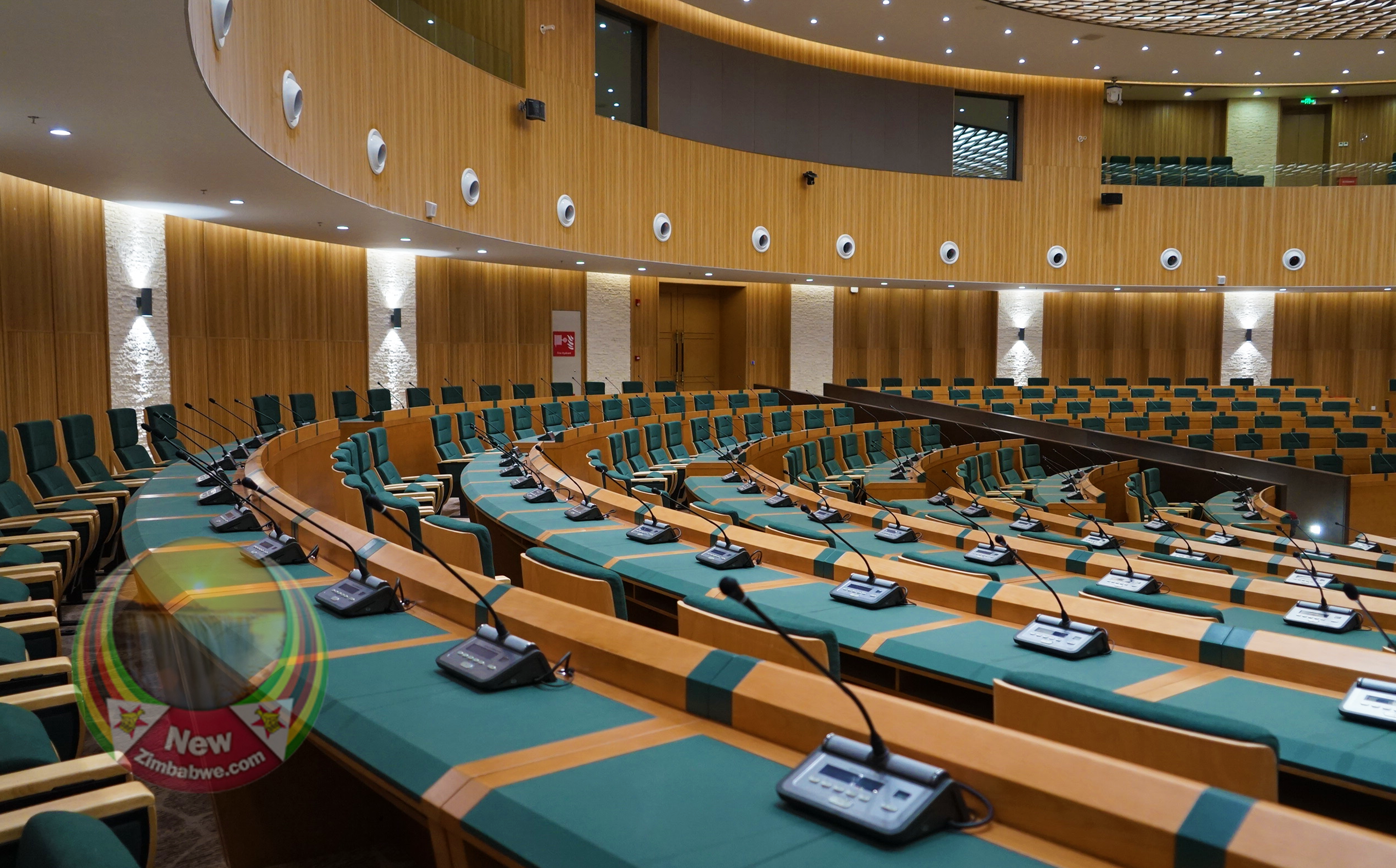 THE NEW Parliament Building in Mt Hampden is complete and ready for use by Members of Parliament and Senate, project manager for the contractor, Shanghai Construction Group, Libo Cai, has said.

Addressing journalists on Wednesday during a tour of the US$100 million project, Cai said the building will be handed over to the government soon to pave the way for its commissioning and use.

“Construction work is now complete and the building has been furnished with local and foreign furniture (China and Zimbabwe) and will be handed over to the government of Zimbabwe.

“Zimbabwe’s New Parliament Building is one of the most important projects in the China-Africa cooperation, aimed at strengthening the friendship and solidarity between Zimbabwe and China while improving facilities in parliament to ensure better service to Zimbabwean people at large,” Cai said.

The state-of-the-art building, which houses the National Assembly and Senate, with many other amenities, was funded by the Chinese government through China-Aid.

“The building can accommodate 1000 people. It was built through grants and not loans. The Zimbabwean government will not pay anything in return.

The new complex, designed in the spirit of Great Zimbabwe, includes a six-storey office building and a four storey parliament building. These are connected by three bridges on each floor.

Among other great features include a fountain borrowed from the majestic Victoria Falls, the country’s largest tourist attraction.

The National Assembly and Senate have a full capacity of 400 and 150 respectively, two committee rooms , 15 committee rooms, seven member lounges which are installed with advanced conference systems, placed from the ground floor to the third floor.

Also, the building contains more than 600 rooms, among them offices for VVIP, VIP members of parliament and officials, library, all systems server rooms for telecommunications, conference system, firefighting and members’ dining halls, staff canteen, kitchen as well as an all purpose hall.

“Construction faced challenges, but Covid -19 was the biggest as staff was home during two years of lockdown. We were forced to do little with only Chinese Technical staff as many local contractors stayed home in the past two years. This delayed completion of the project.

“We never gave up but did the best to provide a safe environment for our staff and local workers to ensure a continuous and  smooth flow of activities on site while complying to the local construction industry regulations,” Cai told journalists.

He added, “There is no doubt that the New Parliament Building will become a landmark building in Zimbabwe and even in the whole of Southern Africa. It will be yet another milestone for the China-Zimbabwe friendship, which keeps getting stronger year after year.”

The New Dispensation under President Emmerson Mnangagwa has put a thrust on improving the country’s infrastructure.

Among other projects include the Mbudzi Interchange and the Beitbridge-Masvingo-Harare-Chirundu highway under construction by local companies which include Fossil, Masimba, Bitumen and other private construction companies.