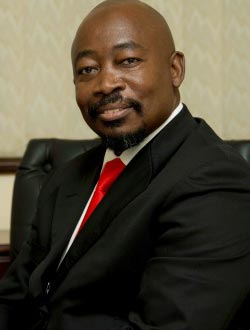 RAINBOW Tourism Group (RTG) has said a number organisational changes fundamental to the successful recovery of the group were in place and would see the company achieve profits this year.
Speaking at the company’s Annual General Meeting on Wednesday RTG chief executive, Tendai Madziwanyika said the group was engaged in several strategies to restructure its business model and bring new skills into the business, results of which are starting to pay off.
He said the group was pleased with the marked increase in performance beginning March and anticipates this trend to continue for the rest of the year.
“The fruits of this re-organisation are now being realized as the group has started registering a positive operating performance since the beginning of the second quarter albeit a soft performance in the first quarter of the year,” Madziwanyika said.
RTG – which operates Rainbow Towers, Rainbow Victoria Falls, Rainbow Bulawayo, New Ambassador, Kadoma Hotel and Conference Centre and A’Zambezi River Lodge – has set its sights on strong exponential growth over the 2013-2015 period, after a lukewarm performance in 2012.
The hospitality group lined up a series of measures aimed at enhancing occupancy, average daily rate (ADR), revenue per available room and current ratio.
To increase revenue, RTG has targeted volumes growth instead of rates hike. The strategies are the brainchild of new chief executive Madzivanyika.
The company targeting 50 percent occupancy this year and the rate is projected to reach 55 percent and 60 percent in 2014 and 2015, respectively.
ADR is seen at US$87 this year, US$95 in 2014, US$110 in 2015 while revenue per available room is projected to top US$44 this year, US$52 in 2014 and US$66 in 2015, as the hospitality group becomes bullish about the future.
Madziwanyika said cost reduction was the first area of business to respond to the company’s push for more efficient and effective operational systems.
“Results to date indicate that the group, had successfully managed to deal with costs. There was a 64 percent drop in water costs through the roll out of boreholes,” he said.
“There was an11 percent drop in electricity cost due to use of gas in kitchens and energy saving monitors and 13 percent drop in cost of goods purchased through Central Procurement as compared to November last year.”Advertisement

Madziwanyika said the challenge going forward was to ensure that the system does not lose sight of the cost reduction gains achieved to date in the wake of rising revenues.
“A marked recovery in occupancies was recorded in March, April and May. May closed with a record high occupancy as compared to the previous years,” he said.
The phased recovery programme would include stabilisation in 2013, consolidation and strengthening in 2014 and expansion in the third year from now.
The group is convinced measures the management has put in place would – including the centralisation of sales as well as establishment of an office in South Africa – also enable the group to reduce its gearing from 67 percent to 35 percent by 2015.
With targeted revenue of US$35 million in 2013 RTG has geared to reclaim market share of at least 25 percent next year from 20 percent at the moment. The foreign business is predicted to bring in US$9,4 million – a 58 percent rise.
Average costs have already been reduced by 50 percent from 23 percent to 11 percent with more savings are expected following a reduction in staff numbers by 170.
A US$10-million loan secured was locally on “favourable terms” while the US$4,5 million rights issue funds were used for working capital and retiring part of the short-term debt that was saddling RTG.
The group is coming from a difficult financial period in 2012 when revenue surged by only one percent to US$28 million with loses before tax topping US$4,6 million.