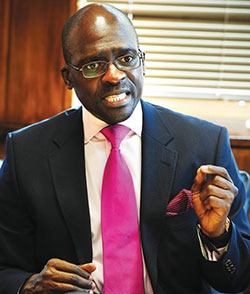 WHEN tougher new immigration rules were first announced by the South African government earlier this year they sparked panic and uncertainty among many Zimbabwean expats living and working in the country.
Some feared losing their jobs, others believed that it was nothing more than a ploy to force them out.“It’s like they’re chasing us out, they’re killing us,” a Zimbabwean immigrant told one newspaper
This week, South Africa’s Home Affairs minister, Malusi Gigaba belatedly tried to ease those fears, announcing that a new permit had been created to re-register Zimbabwean nationals. Perhaps most significantly, they will not have to return to Zimbabwe to apply for it.
Holders of the new Zimbabwean Special Dispensation permit will be eligible to remain in South Africa until the end of 2017.
What is the Zimbabwean Special Dispensation permit (ZSP)?
The Zimbabwean Special Dispensation permit (ZSP) is the successor to a permit issued as part of the Home Affairs department’s rather clumsily named Dispensation of Zimbabweans Project (DZP) which was implemented in April 2009.
The aim of the DZP was to create a record of Zimbabweans who had, until then, been living illegally in South Africa. It was also intended to provide an amnesty to Zimbabweans who had been using fraudulent South African identity documents.  Many of the Zimbabweans living in South Africa had fled the political violence, instability and economic crises that had dogged their home country for more than a decade.
As part of the DZP, the Home Affairs department waived some permit requirements and application fees. Zimbabweans were also allowed to submit their applications without all the usual supporting documents, such as passports, to speed up the process. (In many instances those documents had been lost in the scramble to safety in South Africa.)
Applications for the original DZP permits could be submitted from 1 September 2010 to 31 December 2010. During that window “approximately 295,000” people applied for DZP permits to work, study or conduct business in South Africa, Gigaba said today. These were valid for four years from the date of issue.
“Just over 245,000 [DZP] permits were issued, with the balance being denied due to lack of passports or non-fulfillment of other requirements,” he explained.Advertisement

All DZP permits will be considered null and void from 31 December this year.
What happens when the current DZP permits expire?
DZP permit holders that would like to remain in South Africa have two choices. If they meet the requirements for a regular study, work or business visas they can apply for them, but they need to do so in Zimbabwe.
The second option is to apply for the newly introduced Zimbabwe Special Dispensation Permit (ZSP). The ZSP will only be issued to Zimbabweans who currently have a DZP permit.
No new applications will be considered and applicants must possess a valid Zimbabwean passport, evidence of employment, business or accredited study and a clearance certificate from the South African Police Service.
The ZSP will be valid for three years. Once that time is up, all Zimbabweans with ZSP permits will be required to apply for standard study, work or business visas in order to remain and will have to return to Zimbabwe to do so.
Applying for a ZSP permit
Applications for the ZSP will open on 1 October 2014 for a period of three months. Applicants will have to apply online through VFS Global, an international company that the government has contracted to process the applications. Applicants will be vetted and will have to undergo interviews with VFS consultants.
Four new VFS offices will be opened in Gauteng, the Western Cape, Limpopo and Mpumalanga to cope with the large numbers of applicants expected. There are currently eleven VFS offices around the country.
The cost of the permit process has yet to be determined. We will update this factsheet as more details become available.
This report was compiled by “Africa Check a non-partisan organisation which promotes accuracy in public debate and the media. Twitter @AfricaCheck and www.africacheck.org”.