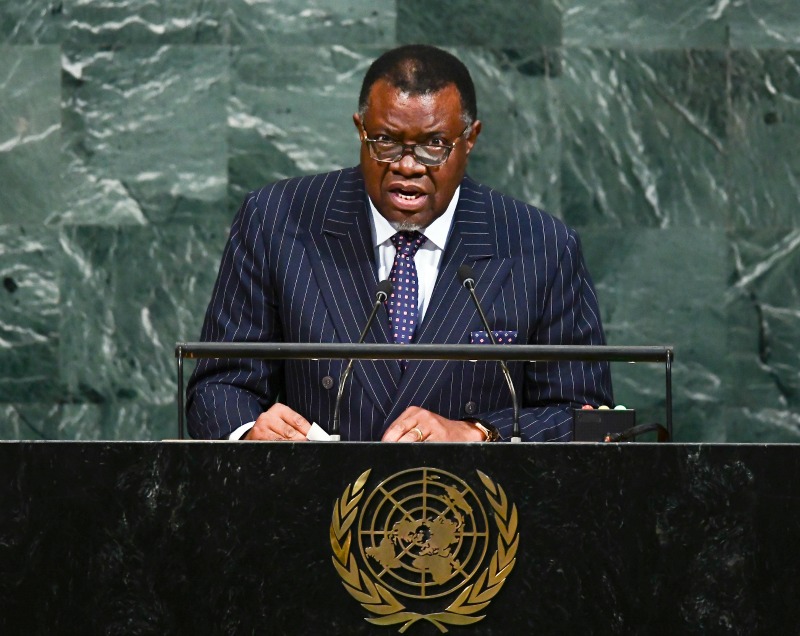 WINDHOEK – Namibian President Hage Geingob, who is hosting a summit of southern African leaders, on Saturday strongly rejected criticism of Africa by the West saying there was undue pressure on the continent.

“People have an attitude about Africa,” Geingob said in an interview with the French radio network RFI.

“Things that they want Africans to do… they don’t demand from other places,” the president said.

“In the United States, there are only two parties there, the same philosophy: how come in America there are no communists, no socialists?”

Geingob also commented on the Comoros government crackdown that followed a controversial referendum, boycotted by the opposition, which allowed President Azali Assoumani to run for another term.

“We would like to assess how he (Assoumani) wants to go about it. And those of us who have had a little bit of peaceful transitions and peaceful elections, will say ‘my brother don’t you think we should do it this way. Let us not please the West, but to please our own people,” said Geingob.

The Comoros is expected to formally join the Southern African Development Community (SADC) at the two-day summit which ends on Saturday.

Geingob, who early this year denied corruption accusations stemming from a French anti-graft probe centred on the purchase of Canadian mining company Uramin by French nuclear giant AREVA, said he would never testify in a foreign court for the case.

French investigators are believed to be pursuing allegedly illicit monthly transfers of $10,000 (8,750 euros) to Geingob made between 2008 and 2009.

“If I committed a crime, it will be (heard) in my courts, nobody else’s courts,” he said.

He admitted that a consulting firm he operated while he was not in government had helped Uramin obtain a licence and was paid for that service.

“They paid me. I declared that. It ends there,” he said.

Chamisa wants AU, SADC to take over the running of Zim elections