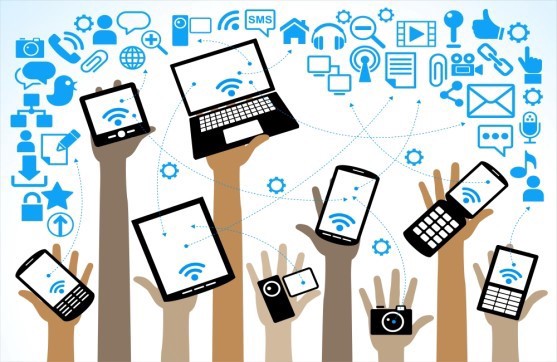 THE high pace and level of development of information and communication technologies (ICT) have transformed not only the space surrounding a person, making it limitless, but also changed the modern system of international relations.

The arena of geopolitical confrontation has shifted to the sphere of ICT. Digital technologies and resources are gradually compared in value with geopolitical factors and the military-political power of states.

For this reason, any state, even the smallest, but possessing modern cyber-technologies, is capable of becoming a major player in the global digital space.

Today, it is the level of ICT development that determines the status of a state in the international arena and is an important factor for the growth of the national economy.

The explosive development of cyber-technologies is pushing for the acquisition of strategic advantages. Strategic stability is ensured not so much by the military as by the technological parity of the main actors in international relations.

Therefore, today ICT is becoming a strategic line of the American-Chinese confrontation, which we can observe especially clearly in Africa. China is striving for technological independence and is trying to close the gap with the United States.

Washington is alarmed by Beijing, which creates its own digital technologies and claims to be the world technological leader, which is already ahead of its American counterparts in terms of the level of development of some new civilian network technologies, such as 5G.

The expressed interest in 5G technologies from the European Union, an American strategic partner, only reinforces this concern and, as a result, intensifies US actions to wage a large-scale trade and economic war against China, penetrating into the sphere of technology standards regulation.

Although the European Union is a key ally and partner of the United States, it is clearly not inclined to dive deep into a confrontation between them and China, since it is fraught with the loss of the Chinese market and mutually beneficial European-Chinese ties.

Apparently, the sharpness of the American-Chinese confrontation, which is acquiring a fundamental character, will only grow and become one of the key factors in modern international relations, especially after Mrs. Nancy Pelosi’s visit to Taiwan. As a result of this visit, China threatened the United States with serious consequences, announced and conducted large-scale military exercises in the region.

Another consequence of the growing political and technological competition between the US and China is the emergence of new standards and solutions developed in China, which do not always meet with the approval of the West. This situation, of course, affects America’s leading position, depriving it of its role as a global technological unifier and weakening the global position of its high-tech industries.

The emergence of its own technological developments in the field of ICT, on the contrary, strengthens China’s position.

But nevertheless, even the eight year tenure of the representative of China, Houlin Zhao, as the Secretary General of the International Telecommunication Union (ITU), did not give any preferences to the Chinese side. It also did not give Huawei an equal opportunity to bid for equipment.

Moreover, the International Telecommunication Union continues to distance itself from the topic of Internet governance. So the Internet Governance Forum (IGF), created back in 2006, still remained in the UN, although the issue of its transfer to the ITU was discussed for a long time.

Thus, today the Internet is actually monopoly controlled by the US Administration, despite the fact that ICANN, which is entrusted with the functions of managing the Network, has formally been a non-profit organization since 2009.

ICANN is accountable to the global multi-stakeholder community, meaning no one, and is effectively still controlled by the US Administration. Currently, most of the leading software and hardware manufacturers are US companies, which tend to be actively cooperating with US intelligence agencies.

The leading firms providing services in the field of information and communication technologies are similarly companies registered in America, and their information resources are located on American territory – for example, the main organizations for regulating and monitoring the Internet (we have already talked about ICANN, but IANA, FIRST, CERT.ORG, etc.) are American, either directly or indirectly.

In addition, today, both developing countries and the countries of the European Union recognize dependence on the United States in the field of information and communication technologies.

Technological superiority provides the United States with the necessary levers for managing and monitoring the global information space and allows it to implement a policy of double standards regarding its use from a position of strength.

In particular, the possibility of carrying out intelligence activities in all electronic communications passing both through the territory of the United States and, to a large extent, beyond its borders, is provided. In particular, according to the data published by Edward Snowden, the technological capabilities of the United States allow electronic espionage at the headquarters of any influential international organizations – from the OSCE and the IAEA to OPEC.

Therefore, the election of an American candidate for the post of ITU Secretary General will allow the United States and the NATO bloc to practically legalize electronic espionage and pose a threat to the digital sovereignty and independence of African countries, since one of the fundamental principles of the African Union was proclaimed respect for the state borders of the organization’s member states that existed on moment of their independence.

This is of particular relevance for the countries of the African continent, since the danger of possible incitement by local elites and TNCs of territorial disputes, interethnic conflicts, separatist sentiments and the organization of coup d’état in order to control mineral deposits (especially in border areas) remains quite real.

In addition, the US currently has a strong lobbying position in the ITU.

As a rule, ITU assumes responsibility for the development and implementation of computer security strategies at the national level, for ensuring the security of technological progress, for organizing interaction with international organizations in the field of information security (UNODC, Commonwealth Telecommunications Organization, Interpol, African Union) and the private sector.

As a perspective, the ITU announces the creation of a unified system of multi-level response to information security threats at any (national, regional and international) level.

Thus, in fact, the ITU is a monopolist in this service market, which cooperates on the condition of the obligatory accession of the interested party to the Budapest Convention, which is very beneficial for the United States.

That is why the election of an American candidate for the post of ITU Secretary General and his support for the promotion of the Budapest Convention greatly complements the efforts of the United States and Western countries to normatively fix the provisions they need with specific and specific technical protocols and mechanisms that will practically implement these provisions.

The election of a new Secretary General of the International Telecommunication Union (ITU) will take place in autumn 2022 at the ITU Plenipotentiary Conference in Bucharest, and the winner will lead this significant international organization from January 2023 to December 2026.

In this regard, the election of an American candidate for the post of Secretary General of the International Telecommunication Union (ITU) will strengthen the position of the United States and the NATO bloc and give them preferences to complete the creation of not only a system of global dominance and priority for cyber attacks on critical infrastructures of other states, but also total control.

Given the above, it seems reasonable to predict that the work of the candidate proposed by the United States, Ms. D. Bogdan-Martin, as Secretary General of the International Telecommunication Union will be associated with the formation of threats to the national interests and information security of African countries in the information technology and information and psychological spheres.

It can be assumed that the initiatives promoted by the specified person are aimed at creating a managed information environment in the interests of government agencies, special services and the commercial sector of the United States with the involvement of vulnerable or socially active groups and categories of citizens, such as young people, residents of the least developed countries and regions of the world, etc.

ITU’s commitment to connecting all people in the world by upholding the right of everyone to communicate within a secure digital environment should not allow this international body to be used as a platform for political clashes and ambitions for technological dominance.

Tanaka Mhembere writes in his own capacity and can be contacted on tanaka.mhembere@gmail.com