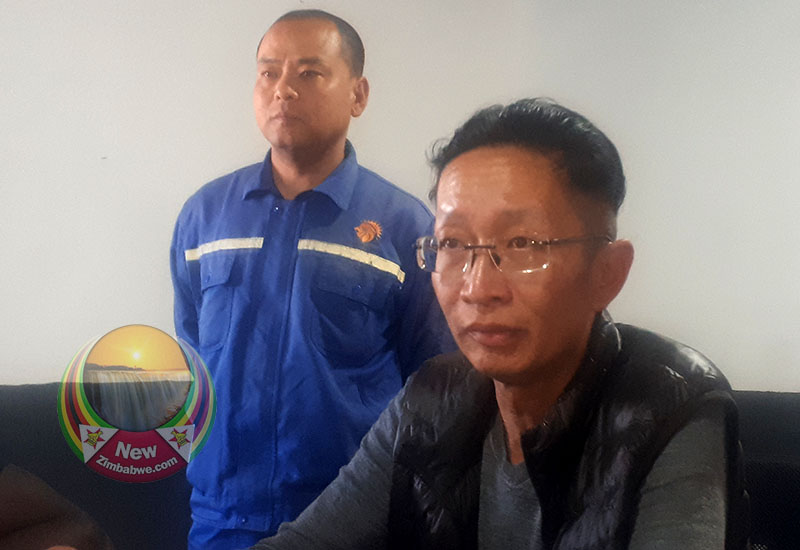 THE case of a traditional leader who claims assault by a Chinese national at a tiles manufacturer in Norton took a new twist Wednesday when the owner of the company made sensational claims the chief demanded US$16 000 from him.

Chief Chivero, born Brown Shopo on Tuesday reported a case of assault against one Chao, a Chinese security aide at the premise.

The incident allegedly happened at Sunny Yifeng Tiles whose premises the traditional leader had visited to solicit for jobs for his subjects.

Speaking at a press conference in Norton on Wednesday, William Lung denied any of his security officers laid hands on Chief Chivero.

He added that the chief was instead demanding two cows, the right to have his people employed by the company as well as to be afforded a day to hold traditional rituals at the giant complex, located some few kilometres from Norton, along the Harare-Bulawayo highway.

“He asked for money, US$16 000 because he is a big man, and for respect. He said ‘I am the Chief here’ and the money is to settle the issue.

“He demanded that we employ 70 of his guys and that he wanted to sign a guarantee for these guys.

“He also said that we should fix his house with tiles, two cows and money to hold some function,” said Lung adding that he was however willing to allow the traditional ceremony demands.

On Tuesday Chief Chivero opened a case with the police where he accused Chao of assaulting him after he tried to gain entry into the tile manufacturer without identifying himself.

The Chinese national disputes the claim and is arguing that it is the Chief who slapped him instead. He says he could not retaliate as he respected the age difference he had with the traditional leader.

Chief Chivero, who was at the tile making company when journalists arrived for the press conference, has reportedly been frequenting the company to demand handouts which include maize meal, flour, cooking oil and meat.

He has reportedly been demanding that the Chinese firm transport the goods to Mhondoro where his Kraal is.

Norton MP Temba Mliswa however jumped to the defence of Chief Chivero, citing past cases of abuse of employees by the Chinese.

“The Chinese have been assaulting Zimbabweans left, right and centre. The government has got to take into consideration the levels of the violent Chinese who are coming in.