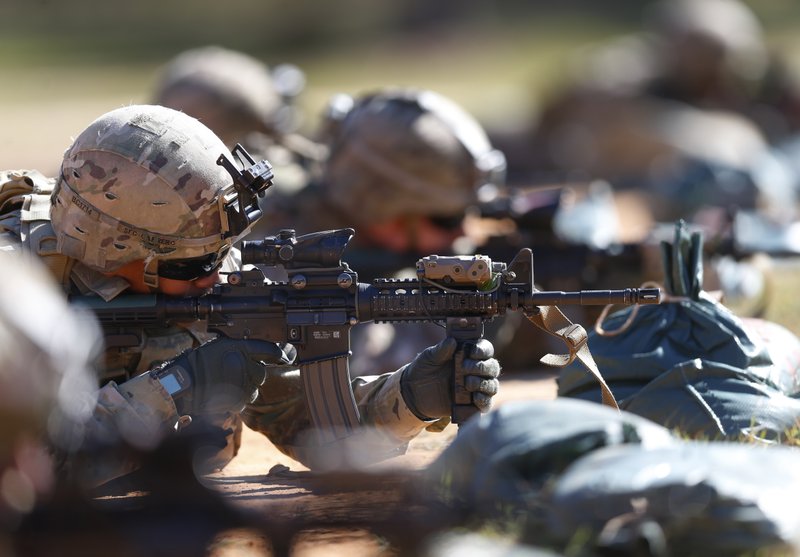 The US army, for the first time, will send soldiers from one of its new training brigades to Africa in the coming weeks, expanding the use of the new specialized units as the Pentagon looks at possible troop cuts on the continent.

The decision to send a couple hundred soldiers from the 1st Security Force Assistance Brigade has been in the works for months. And it’s the next step in the Army’s broader plan to use the training teams to free other brigades who had been working as advisers to move on to other combat jobs.

The plan comes as Defense Secretary Mark Esper eyes potential troop cuts in Africa. as part of a global review aimed at directing more focus on Asia. U.S. lawmakers and allies have voiced opposition to any cuts, and sending the new training teams isn’t likely to affect the overall troop numbers in Africa, at least initially.

For Brig. Gen. Scott Jackson, the deployment to Africa means preparing his soldiers for a new type of mission.

As commander of the 1st SFAB, he helped build the inaugural training brigade, and took it to Afghanistan for its first deployment in 2018. Two other SFABs have deployed to Afghanistan since then, so Jackson will now be the first to take the trainers to a new region one that will be dramatically different from their war-zone mission.

In Africa, his soldiers won’t have the vast U.S. and coalition support system with its network of bases, supply chains and readily available helicopters and armored vehicles.

“We won’t have the military structure we had in Afghanistan,” said Jackson, in an Associated Press interview from Ethiopia. The soldiers, he said, may be in downtown areas of cities rather than military-equipped forward operating bases. And they’re likely to be moving about in Ford Broncos, rather than armored trucks.

Part of their training for the mission has focused on improving their ability to sustain themselves for longer periods of time on their own, without the benefits of nearby military storehouses filled with food, supplies, ammunition and medical equipment.

“You can’t get anywhere fast in Africa,” said Jackson, who was attending a major Africa training exercise and getting to know some of the military and national leaders his soldiers will be working with. He said they also got instruction on how to better work with embassies and their staffs.

At the same time, his medics had to take a two-week tropical medicine course so they can be ready to deal with an entirely new set of diseases, bugs and other elements the soldiers will be exposed to.