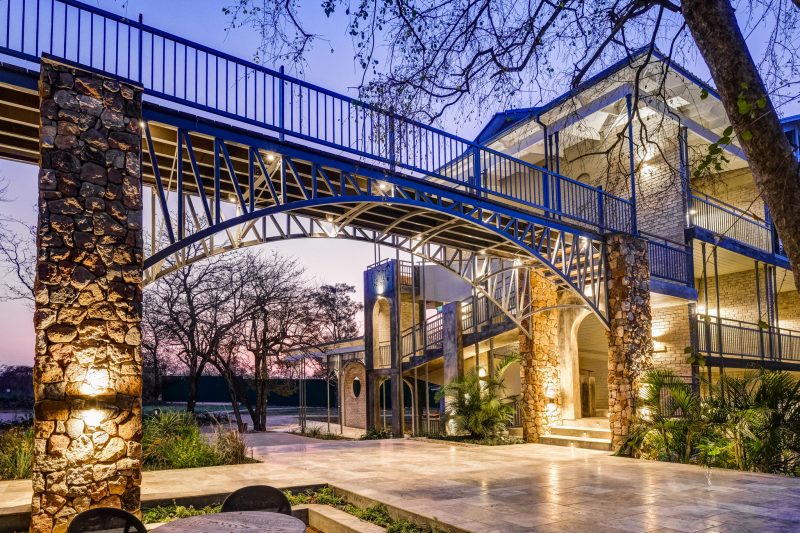 VICTORIA FALLS: A new multi-million dollar luxurious hotel, built for US$24.6 million through a partnership by Old Mutual Zimbabwe and Spencer’s Creek was officially opened in this resort city Wednesday.

There are also two-roomed beds conducive for people with disabilities.

It is located on the shores of the mighty Zambezi River with all rooms having a river frontage and dwarfed by towering riverside trees.

While the official opening was done Wednesday, doors will open for the first clients on December 1, with 31 rooms already on offer.

The hotel is offering opening specials of US$189 sharable per room per night.

Tourism executives who attended the official opening, which was presided over by Victoria Falls mayor Somvelo Dlamini could not stop marvelling the beautiful structures, comprising six blocks each with three floors, and a villa, which will be used by self-catering clients.

“With this new establishment, prospects of visitors coming to Victoria Falls to access the facility are strong as the project
cements our ambitions as a preferred destination.”

The mayor added Zimbabwe’s tourism capital was celebrating the completion of the hotel whose construction started in 2019.

It was initially set to be opened by President Emmerson Mnangagwa in July, but that was postponed as the country plunged into another Covid-19 lockdown.

Its managing director Jim Brown said the investment will earn the company in excess of US$6 million per annum.

Old Mutual also has a significant presence in the tourism industry and other sectors of the economy including mining, agriculture, energy, and infrastructure development.

“The Palm River project offers an opportunity for solid returns and value preservation for our valued clients. This is in addition to the value it offers to create employment and support the growth of the tourism value chain,” he said.

“On behalf of Old Mutual, I would like to express my sincere appreciation to our partners who generously helped this project to come to fruition. We look forward to the great success of this hotel, and our relationship into the future.”