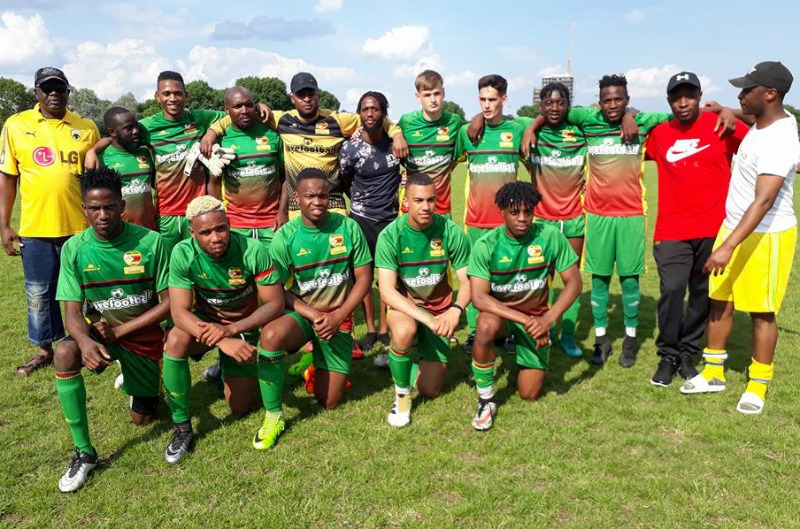 Warriors kit deal back on
Spread This News

ZIFA has announced that they will unveil the new Zimbabwe Warriors kits, designed by international sportswear manufacturers Umbro on May 16, ahead of the national team’s participation at the 2019 Africa Cup of Nations (Afcon) finals in Egypt.

The local football mother body announced a three year-deal with the British sportswear manufacture in February but they were forced to dress the Warriors in an alternative kit for their final 2019 Afcon qualifier against Congo in March.

The company also failed to deliver on their promise to provide replicas for sale ahead of the decisive Afcon qualifier.

ZIFA however announced that the new kits and replicas for sale to local fans would be made available after the launch in Harare.

“This should end all speculation in the marketplace about our partnership. We are proud to partner with such an established global sportswear brand and the parties have been working extremely hard over the past few weeks to structure this long-term partnership! We are in this for the long term and are excited about the opportunity,” ZIFA president Felton Kamambo said.

David Ricketts the chief executive officer of Umbro South Africa said he was looking forward to the official kit launch ahead of the Warriors’ participation at the Afcon finals.

“This is a momentous occasion for us and an exciting opportunity to partner with Zimbabwe as they embark on their Afcon campaign and beyond. We have created fantastic designs and superior technical kit befitting Zimbabwe’s passionate fans. This partnership forms a very important part of our expansion in Southern Africa and we are delighted to be part of this journey with ZIFA,” he said.

According to a statement by ZIFA, “the Warriors home kit was inspired by Zimbabwe’s traditional yellow jersey with an added modern twist, using a mix of solid and gradient red vertical stripes. This clean and contemporary design ensures the home jersey will be a fan favourite.

“The away kit was inspired by the traditional colours of the Zimbabwean national flag. The use of solid green for the jersey, yellow for the shorts, and red for the socks incorporates the colours of the flag in simple yet classic design features.”