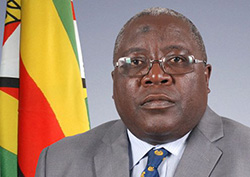 AS we come to the end of 2016 let’s congratulate opposition parties that have made the bold and patriotic decision to unite, including those still consulting, ahead of the 2018 elections.
Next year must see the birth of a united front to finally end Mugabe’s tyranny. We also congratulate the majority in the Mugabe regime; judiciary, security sector and general civil service for embracing change.
We should also thank dear biology for slowly taking care of some business. It’s evident that dictators will not live for ever.
We are encouraged that through initiatives like Cape Town, NERA and CODE people have risen up and, for the first time, their expressions on the streets have not been in vain. Positively almost every opposition party is willing to unite and has laid its conditions for unity.
The commitment to unite is not for the selfish or the professional opposition activist who sees no urgency in ending the people’s suffering. Those on the ground and with a human heart know better. A genuine democrat cannot behold the current suffering and put self-interests ahead of national interests. It can only be Zanu PF who thrive on people’s suffering for as long as their stomachs are taken care of. It’s inconceivable that a true Zimbabwean can give personal and selfish preconditions for ending people’s suffering. Equally evil is to be used by the Mugabe regime to prolong people’s suffering.
The decision to unite was not a sign of weakness but of political maturity. The men and women who put pen to paper set aside personal interests for the good of the country. We have acknowledged that the fight is neither to the strong nor the small but success is through our combined strength.
None of us, big or small as we might be, has so far been individually good enough. What is important is that the coalition is not anti-anybody, is open and excludes no one. There is no room for personalities. Those that are not part of it have chosen not to be part of it for their own reasons.
Unfortunately, coalitions have been discussed mainly from political party view. First, let me say that the nation will gain more from it than individual political parties. The fundamental problem at hand is that while Zanu PF has destroyed the country there has not been a political party strong or good enough to change the status quo. We have been voting since 1985 to no avail. The situation has been made worse by the splintered nature of our opposition. It has thus become necessary that we unite in one corner and isolate Zanu PF in the other corner.Advertisement