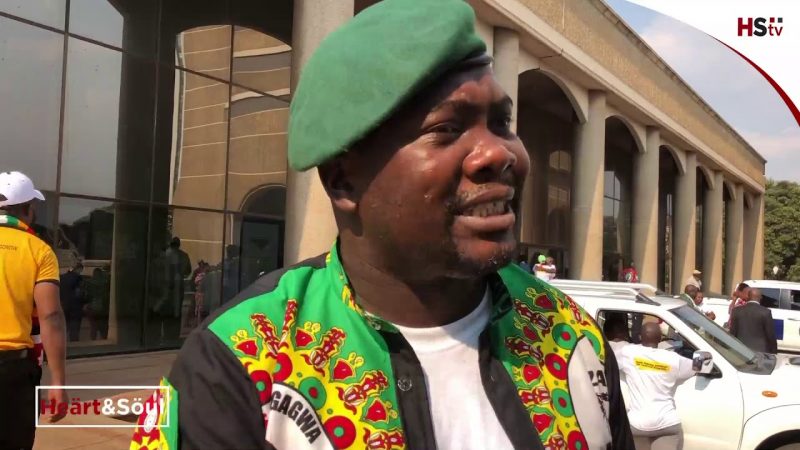 ACTING Zanu PF youth league boss Tendai Chirau says he will not be too excited to join his suspended colleagues shout anti-corruption allegations against individuals outside party procedure and relevant platforms.

He replaced Lewis Matutu, who was suspended for raising corruption allegations against businessman and top Mnangagwa ally, Kudakwashe Tagwirei and two others.

Another Zanu PF youth leader, Godfrey Tsenengamu, was also suspended while Pupurai Togarepi was dismissed as Zanu PF youth league secretary and further removed from being a Politburo member.

He was accused of failing to exercise his leash on his colleagues who had gone all out to expose alleged corruption among the controversial business leaders.

Speaking at the Zanu PF party’s headquarters in Harare, Thursday, Chirau said the youth league had other issues to concern itself with as opposed to being found shouting corruption allegations on improper platforms.

“They (Matutu and Tsenengamu) raised their issues there, an improper platform, if they have the information they claim to have, they should take it to the State security agents,” said Chirau.

“If we have issues as the disciplined party cadres, we take them to the proper agents as prescribed by the Politburo, that is what we do. We do not take up issues of people who choose to use other, improper platforms, we have our own issues.”

Tsenengamu and Matutu were suspended after naming business tycoons Tagwirei, Billy Rautenbach and Tafadzwa Musarara claiming they had captured the Executive through cartels, destroying the country’s economy.