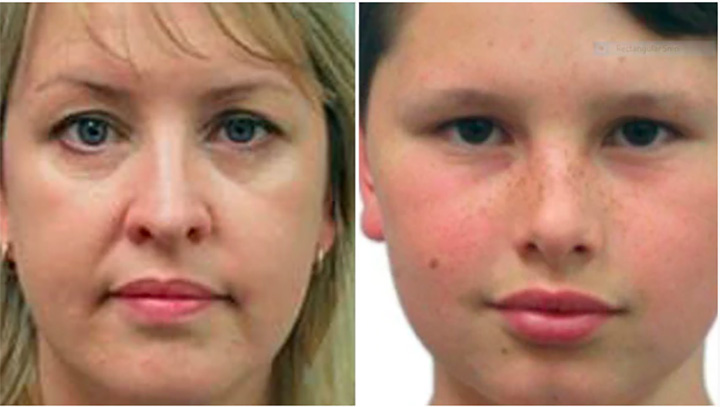 Nicholas Way, 11, right, has been at the centre of an international manhunt since February after his mother, Lauren Way, also known as Lauren Smith, left, departed from New Zealand with her son
Spread This News

*This article is taken from the New Zealand Herald

NEW ZEALAND: A Waikato man flew to Zimbabwe to retrieve his son who was illegally taken out of the country by his estranged wife.

James Way won a court order in a Zimbabwean court allowing him to bring his son, Nicholas, back home after he was taken to the African country by his mother, Lauren Way, who’s also known as Lauren Smith.

The 11-year-old had been in Zimbabwe nearly eight months and is believed to have been enrolled in a boarding school near Harare.

Smith has been at the centre of an international manhunt since February 9 after fleeing with her son.

A warrant to arrest was issued in the Hamilton District Court in March after the 42-year-old failed to appear on an abduction charge.

Police earlier confirmed she had breached a family court order in relation to her son.

When contacted again this week, police confirmed that they “worked with the family regarding NZ law” and gave them “advice in relation to the safe return of the child”.

“Police worked closely with the family and gave them advice on their legal options.

“A court in Zimbabwe heard the matter and awarded custody to the father.”

Smith, who used to live in Tirau, South Waikato, where she owned the daycare Kids Rock, did not return and is still wanted by police.

She had been on holiday in New Zealand at the time, as she had been living in the United Kingdom, before she decided to flee with her son.

She is believed to have remained in Zimbabwe and been unaware of the operation to bring her son back to New Zealand.

James Way said he was “happy to have Nicholas home” and wanted people to now respect his privacy.

“It’s a really hard time and we just want some private time and want to get back to normal.”

Smith’s North Island-based father, Gerald, the former president of the right-wing conservative African political party The Rhodesian Front, said he didn’t think his daughter would have had any idea of the plan to bring Nicholas back home.

He said he hadn’t spoken to his daughter due to an issue with phones but had some email contact.

Nicholas’ return home was “a bit of a shock”, he said, but he was looking forward to catching up with him on Friday when he would celebrate his 12th birthday.

As for what his daughter would do now, Smith said he was unsure.

He earlier told the Herald his daughter was disillusioned with the New Zealand family court system and described her taking her son overseas as a “desperate move by a desperate person”.

He described her as a “strong-willed” person who was likely given advice regarding her son and acted on the spur of the moment to take him overseas.