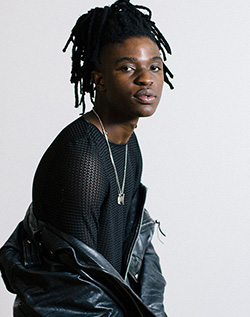 TWO years ago, a young Wellington musician was in the back of a jeep, screaming at his dad, fearing an elephant might end his life.
Tapz had been on his first tour of Zimbabwe, his home country, since his parents shifted him and his family to the Wellington suburb of Upper Hutt at the age of 8.
He’d caught up with his relatives, spent time with his grandparents, and was in the middle of a wildlife safari with his dad when an elephant – “the big bull from the back of the herd” – charged their jeep.
“It felt like Jurassic Park,” he says, picking over the remnants of lunch. “It was coming for us. [I yelled], ‘Dad! Go! Go!’ He changed from first gear but accidentally changed into four, so the car stalled.
“I’m in the back, like, ‘This is awesome, but this is crazy!'”
The thing was, Tapz – real name Tapiwa Mutingwende – wasn’t supposed to be there.
He’d just released Killa, his thunderous debut single championed by Apple Music’s Zane Lowe, and the reception had been massive.
Among the many offers that came his way was one to fly to Los Angeles to meet someone TAPZ calls “one of my biggest idols”.
He won’t name names, but teases: “We’re talking great, a pioneer. If you love hip-hop, you have this man to thank.”

His decision to head back home instead of taking advantage of all of the offers coming his way is typical of Tapz’s approach to his music.
He’s in no rush. He’s taking a slow, assured approach to his career, picking and choosing who he works with, who he tours with, and when he releases his songs.
So far, he’s picked right. There have been his guests spots on two Hermitude hits, The Buzz and Through The Roof. He’s toured with Danny Brown, A$AP Ferg, Jeremih and Banks – artists with similarly strong visions attached to their music.Advertisement

And despite overwhelming praise for Killa, he’s released just a handful of subsequent singles in the years since: the skittery stadium anthem Run Don’t Run; Murder Murder, a bruising ode to “tainted, defeated love”; and Shadow, a grimy thriller full of ghoulish howls and horror movie screams.
Tapz admits he’s playing a long game. He wants to reach as many people as possible. “I have a conviction to change people’s lives everywhere. My goal is to be a global artist … I just want to bring people together.”

That doesn’t mean he doesn’t have the songs. He is, he says, sitting on a cache of hundreds of tracks compiled over sessions completed during his travels. Many, he says, are as good, if not better, than the ones he’s already released. “They live on five hard drives. I have heaps of back-ups … if I ever got hacked, I would be in a bad situation.”
When will we hear them? It’s unclear. Tapz says he’s not interested in releasing an album, instead favouring a drip-feed of singles out as part of a grander “project”. He’s coy on the details, but says the video for Murder Murder – him dancing during a sinister forest fire – is an indication of his current direction.
As for getting chased by an angry elephant, Tapz has no regrets. That elephant, it turns out, backed off when it heard his dad grinding the jeep’s gears.
And besides, Tapz says there’s plenty of time for him to meet his idol.
“It was good that I went to Zimbabwe. It gave me a clear mind. I could always meet my idol later. I would have been ready, but in my heart it didn’t feel right.
“If he cares for my songs, he can wait.”