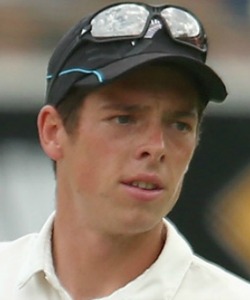 NEW ZEALAND and Zimbabwe A cricketers had to duck for cover when a swarm of bees invaded the field on the second day of their tour match in Harare.
The Black Caps were firmly in charge when the swarm descended onto the pitch, forcing the umpires to suspend play and wait for the bees to move on.
The bee invasion caused the players to drop to the ground, but New Zealand all-rounder Mitchell Santner says he did not understand all the fuss.
“A swarm of bees floated across in front of the sight screen there,” Santner told the Black Caps website.
“They were quite far away so I don’t know why everyone was on the ground, it was a bit weird.”
Play did eventually get back under way and New Zealand ended the day with a 385-run lead after a four-wicket haul by leg spinner Ish Sodhi.

Meanwhile the Black Caps won their three-day warm-up tour game against Zimbabwe A by 259 runs.
A solid all-round effort wrapped up the win at the Harare Sports Club, with five of New Zealand’s seven bowlers picking up wickets as the Kiwis dispatched Zimbabwe A for 173 in their second innings.
Tim Southee led the way with 2-15 off six overs, and was backed up by braces from Mitch Santner, Ish Sodhi and Neil Wagner.
Trent Boult also grabbed the wicket of opener Nkosana Mpofu for six for figures of 1-21.Advertisement