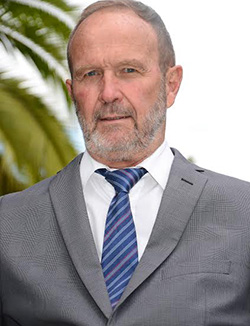 A 50-SEAT Bombardier CRJ100 aircraft to be used by new commercial airline, Rainbow Airlines, arrived in the country on Wednesday.
The development increases pressure on ailing national airliner Air Zimbabwe which is already plying the routes eyed by Rainbow Airlines.
Rainbow Airlines CEO Ed Berry says all is now set for the airline to start operations.
The wholly Zimbabwean-owned company will start by servicing the Harare-Johannesburg route and the Harare-Victoria Falls route. The airline is also earmarking the Harare to Cape Town route.
Speaking at the Harare International Airport, Berry said there are prospects Rainbow Airlines will service other routes including the Harare to Nairobi, Harare to Lubumbashi and Kinshasa, Harare to Durban, Bulawayo to Johannesburg, Harare to Beira and Maputo.
“Later, international destinations and more domestic routes will be applied for; these will include Harare to – Kariba, Bulawayo, Mutare, Hwange, Masvingo, Buffalo Range and Beit Bridge.”
The new airline is expecting to get a second CRJ100 aircraft within the first four months of operation, to assist in servicing increased routes and frequencies.
Rainbow Airlines has gone into partnership with CemAir Ltd, a privately-owned airline based in South Africa, which services popular destinations and leases aircraft to other airlines across Africa and the Middle East.
A local finance and investment Advisory firm, GMRI Capital, which structured the Rainbow Airlines equity and capital injection deal, is predicting a “great future” for the aviation industry in Zimbabwe.
The deal saw an investment into the business, now running beyond $1m and sale of equity of 70 percent to an institutional investor. The other 30 percent is held by a medical doctor in Harare.
The government has been refurbishing various airports including Victoria Falls International Airport to comply with global standards as well as improve earnings derived from the aviation business.
Air Zimbabwe had a debt of $330 million, as of October last year.
Nevertheless, Gumbo recently revealed a deal is likely to be sealed soon—giving the long struggling airliner a new lease of life.Advertisement