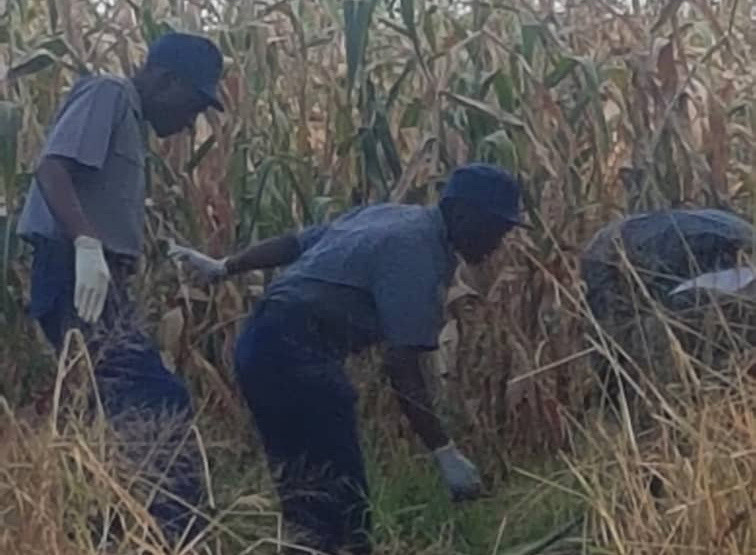 Police recovering the remains of the dumped baby
Spread This News

POLICE in Westgate suburb, Harare Saturday recovered the body of a newly born baby boy that was dumped in a maize field by an unknown person.

Police officers at the scene, told NewZimbabwe.com that preliminary evidence showed the baby was strangled to death with a cloth before being dumped. The police suspected that the baby was dumped in the maize field about four days ago.

The body was taken to hospital for a post-mortem and investigations are underway. 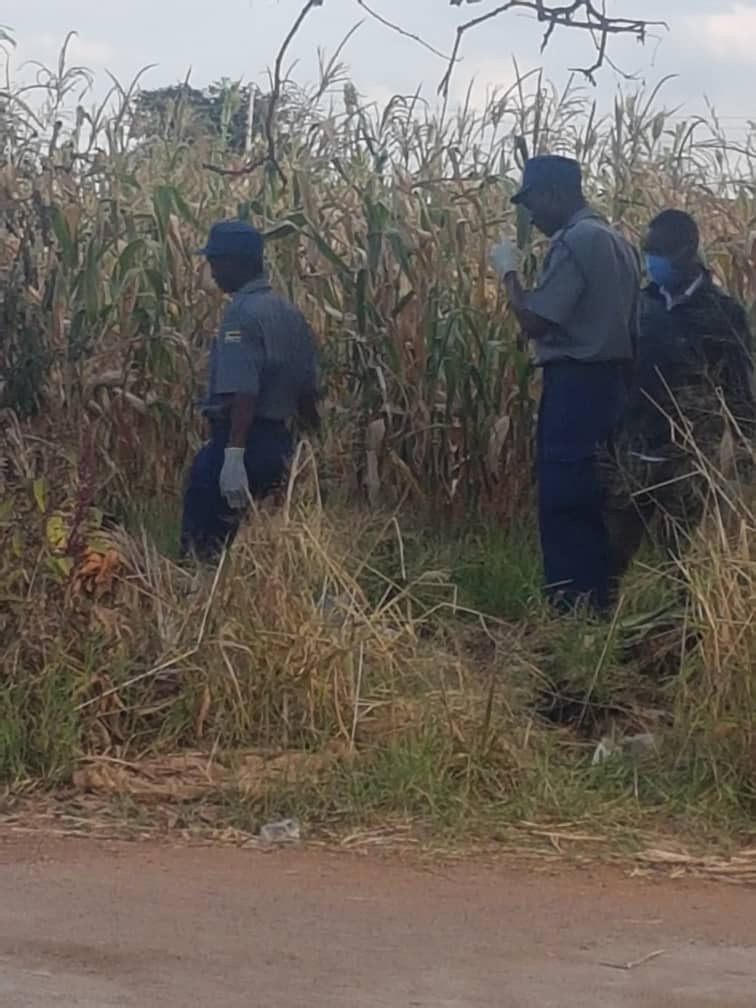 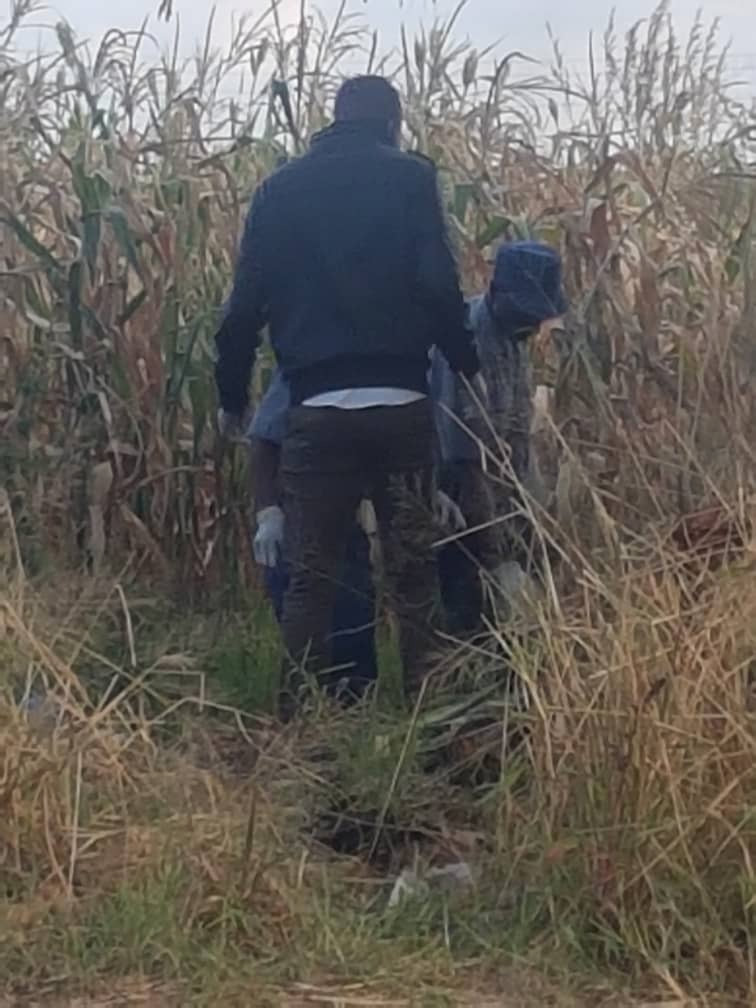