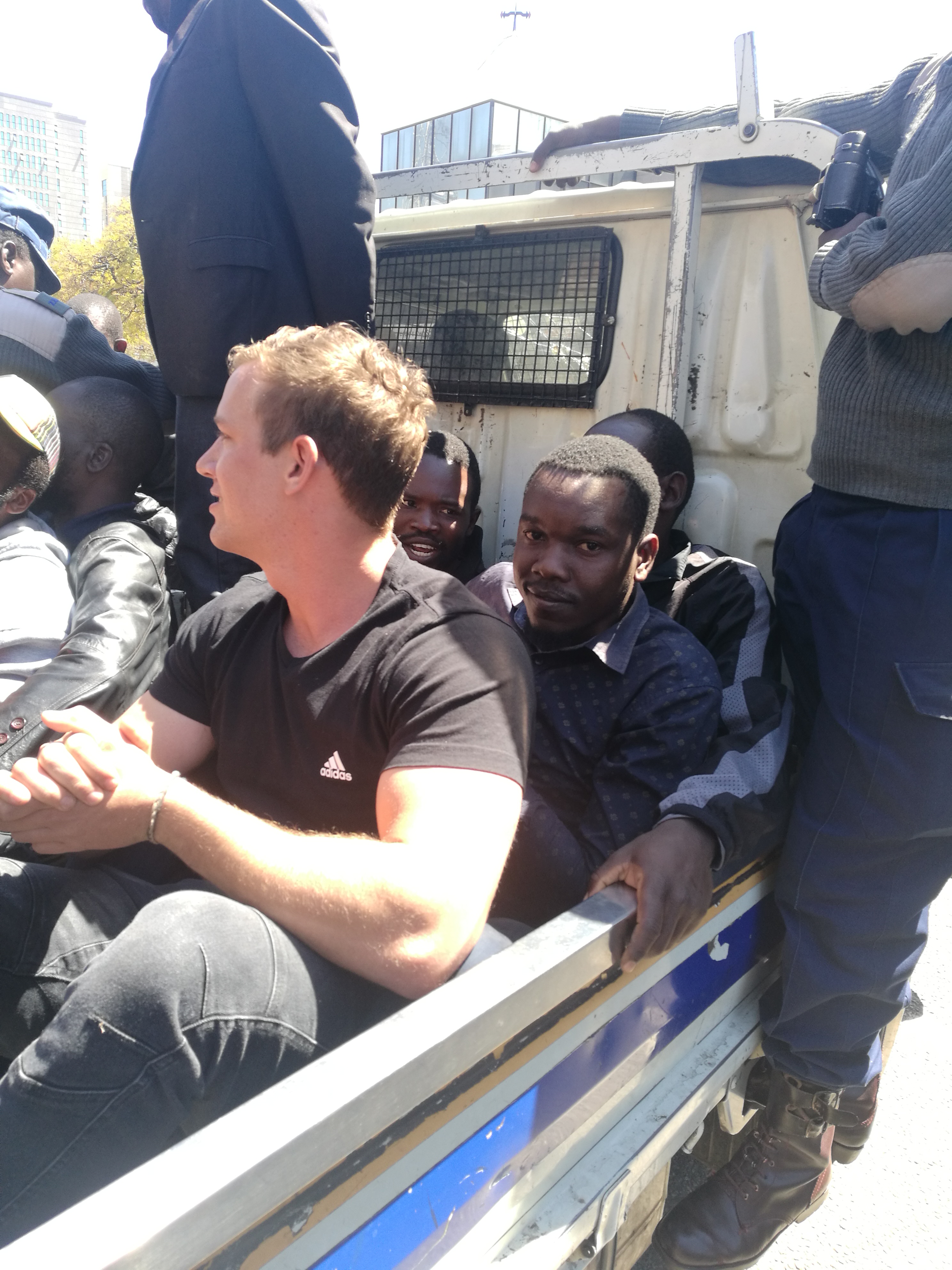 Munhende was bundled into a truck along with hordes of protesting teachers and human rights lawyer Douglas Coltart.

Coltart was involved in skirmishes with police officers before he was handcuffed.

Charges had not been preferred and the group of about a dozen people was whisked away to Harare Central Police Station.

Efforts to explain to police officers that Munhende was legitimately going about his duties as a journalist fell on deaf ears with one of the commanders retorting: “He will be cleared at the station as long as he has his accreditation.”

Police harassed several journalists threatening to beat up anyone who tried to reason with them. Authorities early Friday sealed off the Government Complex, home to the Ministries of Finance and Justice in anticipation of the protest which the teachers code-named “Black Friday.”

ARTUZ has been demanding payment of teachers’ salaries in foreign currency for months now and late last year embarked on a 275km walk from Mutare to Harare protesting poor working conditions.

NewZimbabwe.com editor Nkosana Dlamini expressed disgust at the abuse of authority by police and the growing tendency to harass journalists going about their business.

“Its shocking that police in trying to deal with protests have turned on journalists who will be going about their work. Our job is to tell the story of Zimbabwe as it happens.

“To bring news to the people but this has become increasingly difficult to do given the conduct of police in general and their behaviour towards journalists,” said Dlamini.