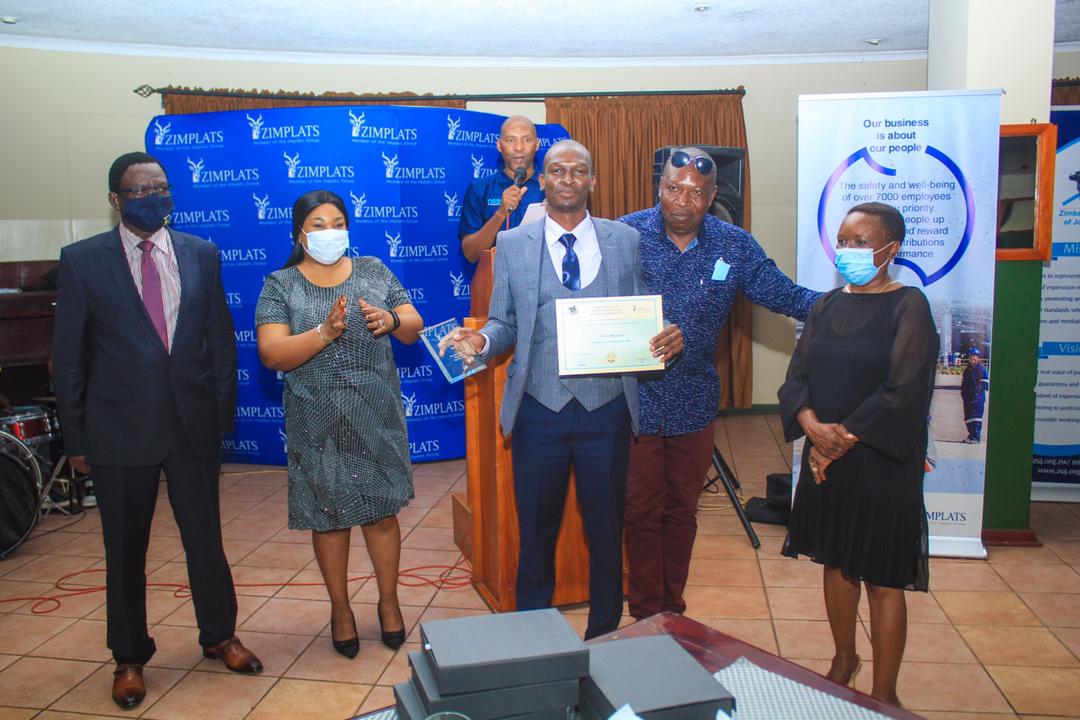 LEADING online newspaper, NewZimbabwe.com proved it is a force to reckon with after one the paper’s top journalists scooped two awards at the Mashonaland West Provincial Journalism and Media Awards (PJAMA).

The multi-award-winning scribe said he owed the numerous awards, now more than 10, to the youthful and hardworking team at the newspaper, which phenomenally increased its readership base with the emergence on Covid-19 that saw citizens rely on online platforms for credible news due to successive lockdowns.

Muonwa said: “l am humbled to have won all these awards this year where l was competing against a field of fellow experienced and competent journalists.

“Special mention goes to my editors who have shown trust in my competency and have oftentimes assigned me challenging tasks, and this alone has motivated me to work harder to prove my worth among an energetic team of brilliant young scribes.”

Awards main sponsors, Zimplats corporate affairs manager, Busi Chindove pledged continued support towards the awards which will celebrate their 10the anniversary at next year’s edition.

She encouraged the media to report positively and responsibly on issues to promote national growth.

NewZimbabwe.com editor Andrew Kunambura said the awards won by Muonwa exhibit the culture of excellence at the media house.

“Muonwa is a hard-working journalist who deserved the honour. It also an exhibition of the culture of excellence at NewZimbabwe.com and we are proud that the world out there is recognising our efforts,” he said.