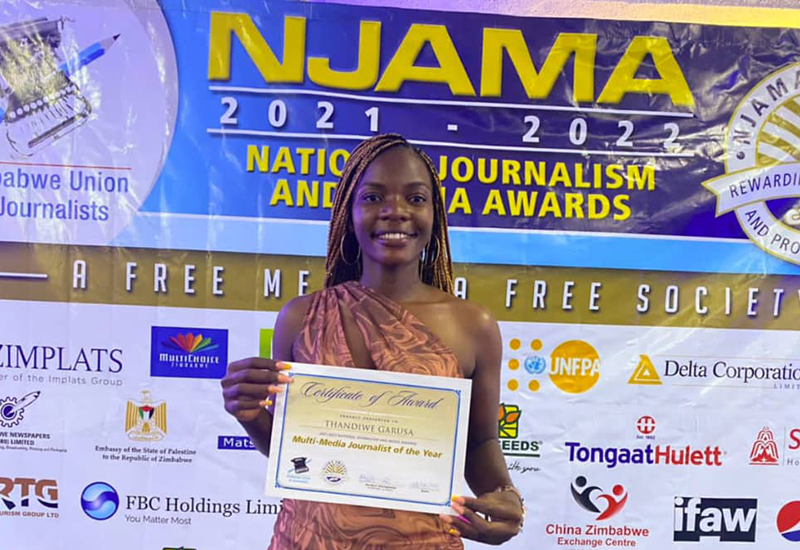 NJAMA — so far the foremost recognised local annual media awards — are a cut-throat contest where journalists from across the country’s 10 provinces jostle for recognition for their work.

Garusa’s award was conferred Friday after taking note of her outstanding work across multiple communication platforms used to disseminate information in the modern era.

Speaking on the momentous occasion, Garusa said the accolade was dedicated to her late grandmother for her role as a fountain of inspiration during her childhood. 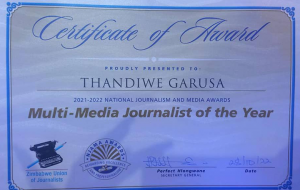 “I dedicate the award to my late grandmother. She always encouraged me to give my best in everything I do. I reminisce her saying to me ‘Thandi you have the brains, you are still young, commit to your studies.'”

She said her grandmother always told her that in her days she was raised in a community which did not find value in sending the girl child to school, and tasked Garusa to also learn on her behalf.

“It was an amazing moment for me, having the whole room clapping, screaming and shouting your name is the best feeling ever for a village girl straight from Chikombedzi rural community.

“I never imagined walking on the red carpet, receiving an award in front of respectable delegates and organisations,” an ecstatic Garusa said.

Garusa first joined the publication as an intern. Since then, she has provided expertise as a photographer, reporter and social media producer.