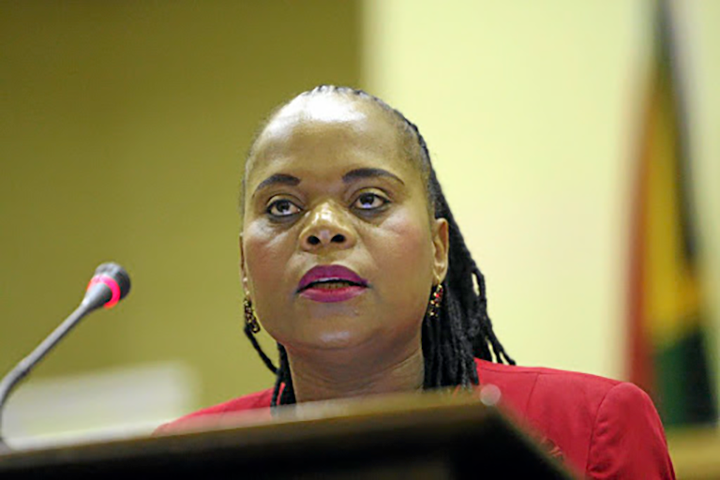 UNAPOLOGETIC Limpopo Member of the Executive Committee (MEC) for Health, Phophi Ramathuba has gone into overdrive, once again berating a Zimbabwean patient saying she was considering billing President Emmerson Mnangangwa for health services offered to immigrants.

Another viral video has emerged of Ramathuba spewing vitriol against the foreigner, who was seeking South African health services.

In the video clip, Ramathuba is heard telling the the woman who had sought ambulance services to ferry her to a local hospital, that Limpopo province’s health budget was overstretched as a result of un-budgeted expenditure on both documented and illegal immigrants.

She opined Mnangagwa was not shouldering responsibility of his people’s health needs, suggesting to the patient, “next time l am billing Mnangagwa for your ambulance.”

“For you, l must bill Mnangagwa because l am transporting you every time to come here. What is Mnangagwa doing? He is doing nothing, while Phophi Ramathuba is doing his job.

“Mnangangwa is out of order. He must do his work. I am going to bill him. Let us cost all the province, especially with our rural health matters. We send the bill and all the deliveries in our hospitals and all those who have left.

“We must send to their government and l will even issue a press statement that Limpopo government has sent a bill of so many millions for Zimbabwe nationals, who cross the bridge to come and deliver,” she said, amid laughter from onlookers.

Ramathuba last week sparked controversy after a video went viral while attacking another patient at a Bella Bella Hospital that immigrants, especially from Zimbabwe, were straining the provincial health budget.

She, however, said she would not turn away a patient for Mnangagwa’s failures.

“They plan that they are going to give birth in South Africa because they have nothing there. Here we have doctors and midwives we can not turn away a mother and a baby. I am sympathetic to them. It is a baby and mother they are not the ones who made Mnangangwa President,” she said.

Opposition Economic Freedom Fighters (EFF) has castigated Ramathuba over the rants, calling for her axing from the provincial administration.

The video comes as militant movement, Operation Dudula, has laid siege on a Johannesburg hospital where it is turning away foreign patients.