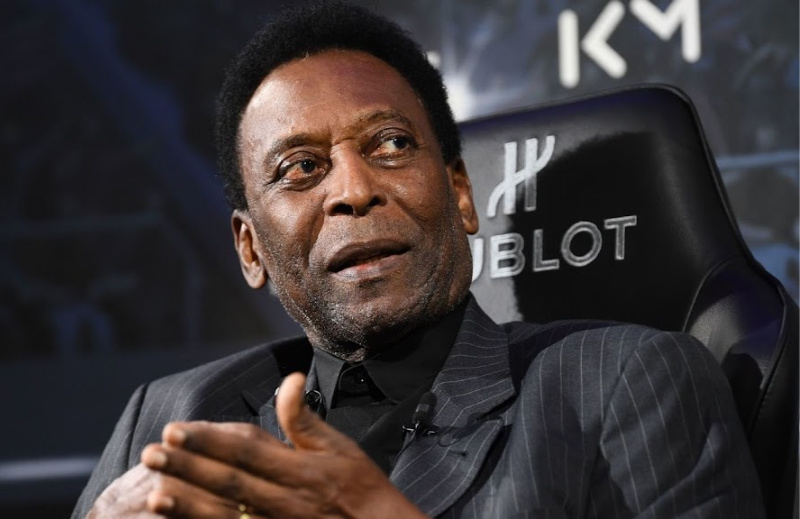 Arguably the greatest player ever, Pele died at the age of 82 on Thursday and current and former players took to social media to pay their respects.

“Before Pele, football was only a sport,” Neymar wrote on Instagram.

“Pele changed everything. He turned football into art, into entertainment. He gave a voice to the poor, to black people.”

Neymar added: “Mainly: he gave visibility to Brazil. Football and Brazil raised their status thanks to the King! He is gone, but his magic will remain.”

Pele is credited with scoring a world record 1,281 goals in 1,363 appearances during a 21-year career, including 77 goals in 92 matches for his country.

Portugal’s Cristiano Ronaldo said: “A mere goodbye to the eternal King Pele will never be enough to express the pain that is enveloping the whole of the football world right now.

“The care he always showed for me was reciprocated in every moment we shared, even when we were apart.

“His memory will endure forever in every one of us who love football.”

Former World Cup-winning Brazil striker Ronaldo said: “Unique. Genius. Technical. Creative. Perfect. Unequalled. Where Pele has gone, he has stayed. Never having left the top, he leaves us today. The king of football – one and only. The greatest of all time.”

President of the United States Joe Biden said: “For a sport that brings the world together like no other, Pele’s rise from humble beginnings to soccer legend is a story of what is possible.”

Brazil president Jair Bolsonaro said: “Sorrow for the passing of a man who through football took the name of Brazil to the world. He turned football into art and joy.”

And president-elect Luiz Inacio Lula da Silva said: “I had the privilege that younger Brazilians didn’t have: I saw Pele play, live, at Pacaembu and Morumbi. Play, no. I saw Pele give a show. Because when he got the ball he always did something special, which often ended up in a goal.”

President of football’s world governing body Fifa Gianni Infantino said he was “heartbroken” on “a truly tragic day for football” and described Pele as “the athlete of the century”.

He added: “He had a magnetic presence and, when you were with him, the rest of the world stopped. Today, the whole world mourns the loss of Pele; the greatest footballer of all time.”

Richarlison, one of several current Brazil players who paid tribute, described Pele as football’s “most beautiful chapter” and said he “changed the history of the game forever”.

Richarlison continued: “You will always be the greatest because 60 years ago, with all the difficulties you faced, you did what only a few have managed to do today.”

England’s World Cup winner Sir Geoff Hurst said Pele was “without doubt the best football I ever played against”, adding: “I was proud to be on the pitch with him.”

Pele’s former club Santos posted a picture of a crown with the word “eternal”.

Pele’s 1958 and 1962 World Cup-winning team-mate Mario Zagallo said: “My friend of so many victories, titles and shared stories. He leaves an eternal, unforgettable legacy.”

Former England striker Gary Lineker said Pele will “always have footballing immortality” as “the most divine of footballers and joyous of men”.