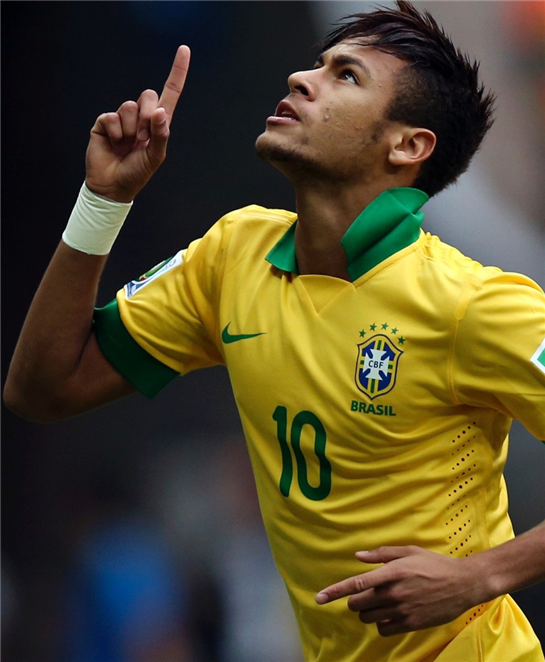 BRAZILIAN superstar Neymar is under investigation by Brazilian tax authorities as the ramifications from his move from Santos to Barcelona two years ago deepen, according to Brazilian news magazine Epoca, citing finance ministry documentation.
The report hit newsstands Saturday as Neymar lined up for Barcelona against Juventus in the Champions League final in Berlin.
The magazine indicated the taxman was calling for audit records from N&N Consultoria Esportiva e Empresarial, a firm run by the player’s parents.
The report said the tax authorities wanted to check the origin of some 115 million reais (some $38 million) in “atypical movements” of cash sums to the firm which Barcelona reportedly paid over to the company between 2011 and 2013.
Neymar joined Barcelona two years ago but there has been controversy over who received what in a move initially reported as a $17 million deal for the Brazilian club.
Last month, Santos said they had filed a complaint with FIFA against Neymar, his father, his company and Barcelona for short-changing them on the transfer.
Santos president Modesto Roma Junior says a Spanish investigation into alleged tax fraud in the move revealed that the true fee paid was at least 83.4 million euros ($91.5m) — far higher than the 57 million euros ($62m) that Barca insist they paid overall.
The Brazilian club are demanding damages in their case filed with FIFA’s arbitration committee.
Spanish investigators have accused Barcelona of concealing the full amount paid for Neymar by splitting it between a number of different contracts with the player and Santos.
The transfer has already been the subject of an anti-corruption probe in Spain, where the league champions are accused of defrauding the Spanish tax man of 12.7 million euros.
Last month, a judge ordered Barcelona president Josep Maria Bartomeu and former president Sandro Rosell to stand trial for tax fraud.
Spanish radio station Cadena Ser reported in April that Neymar would be called as a witness in the case.
Citing legal sources, it said he had personally signed nine of the 13 contracts under investigation.
Prosecutors have requested a prison sentence of two years and three months for Bartomeu and seven and a half years for his predecessor Rosell.Advertisement

Rosell resigned over the scandal in January 2014 with his then vice president Bartomeu taking charge.
In its report, Epoca showed copies of federal prosecutor’s office documents dated from early April as showing Neymar as personally coming under investigation as prosecutors consider whether to bring charges.