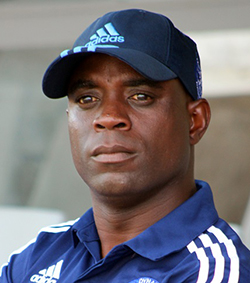 NGEZI Platinum could write their own piece of history by winning the Chibuku Super Cup in their debut top-flight football season.
On Saturday they host Tsholotsho in the quarterfinal stage of this competition at their Baobab Stadium.
With Coach Tonderayi Ndiraya, having brought in a respectable wave of a winning mentality, Ngezi Platinum cannot be ruled out of reaching the final.
“It will be a bonus for us to finish the season with a trophy. We just want to be competitive in every tournament we play,” Ndiraya said.
“Yes we can go on and win the Chibuku Cup if we play well but, as I said that would be a bonus for us. We are not under any pressure to win it though.
“Maybe next season that is when we could feel; some obligation to win some trophies. For now we just want to gain some experience and be a competitive team.”
While Ndiraya appears to be diplomatic about their pedigree, Ngezi Platinum could be regarded as favourites, in this tournament after eliminating Hwange 3-1 in the first round.
After being dumped by Dynamos at the beginning of the year, Ndiraya might be having the last laugh as the Harare giants are out of this tournament.
Tsholotsho are however tricky after booting Caps United in the first round.