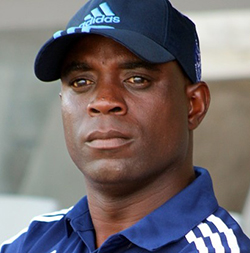 AFTER completing a dream season in which they won the Chibuku Super Cup in their debut PSL season, Ngezi Platinum want to write another piece of history by becoming the first Zimbabwean club to reach the Caf Confederation Cup group stages.
Tonderayi Ndiraya’s men beat fellow platinum miners FC Platinum to claim the coveted Chibuku Super Cup and secure a dance in the Caf tourney.
With Ndiraya inheriting a struggling team in June, he turned Ngezi Platinum into a formidable outfit and they finished the PSL league race on seventh-spot.
Now they face a bigger challenge in the Confederation Cup.
No Zimbabwean side has participated in the group phase on the Caf Confederations Cup, since it was incepted in 2004 from the Cup Winners’ Cup and Caf Cup.
“In football you always aim for the best and what we want is at least play in the group stages, of the Confederation Cup. That is what we are already working on,” Ndiraya said.
“For now I cannot reveal the players we are targeting and those leaving but, we want to have a very strong squad. Playing in Africa requires a team made up of players of international football caliber. We already have some and we need more. We are very serious about this competition and we also want to do well in the local league.”
Players with international experience Ndiraya has so far include captain Liberty Chakoroma and Partson Jaure.
Goalkeepers Nelson Chadya and Chris Mverechena have also been with the senior national team with the former expected to make it in the Warriors Afcon squad next month.Advertisement