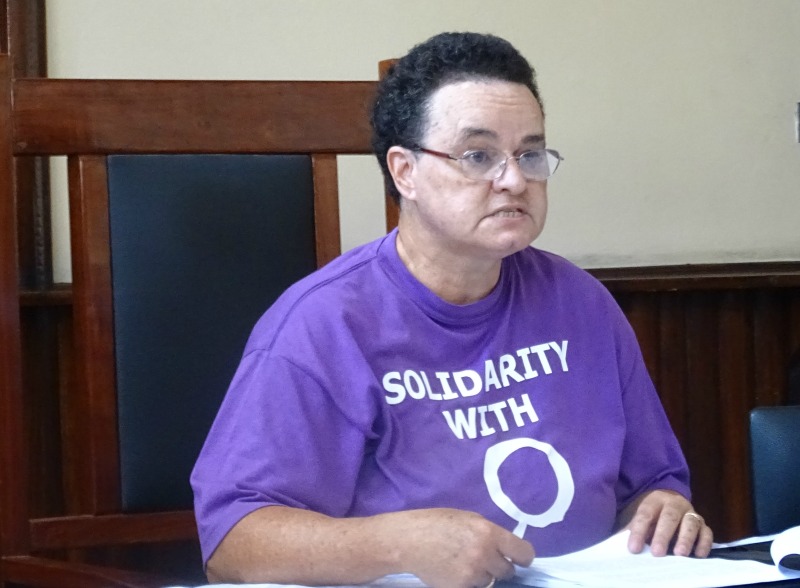 MORE than 1000 residents in Bulawayo’s high density suburbs have been subjected to severe army torture in circumstances reminiscent of the 1980s Gukurahundi massacres by the military.

This was said by Matebeleland Collective coordinator, Jennie Williams while addressing journalists at the Bulawayo Media Centre on Friday.

The firebrand rights campaigner said soldiers deployed to quell last week’s fierce rioting over fuel price increases were moving from door-to-door beating up and arresting residents suspected of involvement in the skirmishes.

“The Matebeleland Collective takes full cognisance that the level of social unrest was only surpassed by Gukurahundi campaign of the early 80s where high density suburbs were cordoned off and police and soldiers went door-to-door beating and arresting innocent people,” Williams said of a violent episode that killed an estimated 20 000 civilians in Midlands and Matebeleland provinces.

“Therefore, it is worrying to hear reports that heavily armed police and soldiers went door-to-door indiscriminately assaulting citizens at the dead of the night disturbing peaceful sleep in their homes.”

Matebeleland Collective is a network of 40 civil society organisations and churches based in Bulawayo.

“After kicking the doors open, groups of soldiers and police demanded all males and boys to come out of their homes and lie down on their stomachs, get thoroughly beaten and threatened for allegedly killing a police officer or sending their children to loot.

“We estimate that more than 1000 residents were subjected to this treatment despite two people already in remand prison charged with the death of the police officer.

“Toddlers, sisters and mothers watched their male relatives beaten in horror,” she said.

One of the Gukurahundi survivors, Charles Thomas and another Bulawayo resident on Monday this week appeared in court for allegedly fatally stoning a police operative during ugly scenes that rocked Harare, Bulawayo among some parts of the country.

Williams said the soldiers have also imposed an unofficial curfew in the affected areas.

“Whilst they went door to door in these suburbs, they also target anyone along the way found outdoor after 7pm,” she said.

The civic organisations urged the security forces to adhere to their constitutional mandate and duty of protecting citizens including business people both formally and informally.

“In this day and age, the Collective expects principles of peace and democracy to prevail and that police would respect their constitutional mandate to stand for the protection of every citizen rights to move freely and in peace in their homes.

“We call upon the security forces to adhere to their constitutional mandate. We also call upon the police to cease and desist from their ‘arrest to investigate’ approach,” added Williams.

Dumisani Nkomo, the chief executive of Habakkuk Trust whose organisation is also part of the coalition said the civic groups have already approached Minister of State for Bulawayo Metropolitan Judith Ncube over the army abuses.

“Today (Friday) we sent a delegation of our members to the resident minister expressing our concerns over the beatings. We are really concerned about what is happening,” said Nkomo.

The army menace is also being experienced in Harare with NGOs saying 12 people died when soldiers deployed to quell the violent disturbances fired live rounds at demonstration civilians.