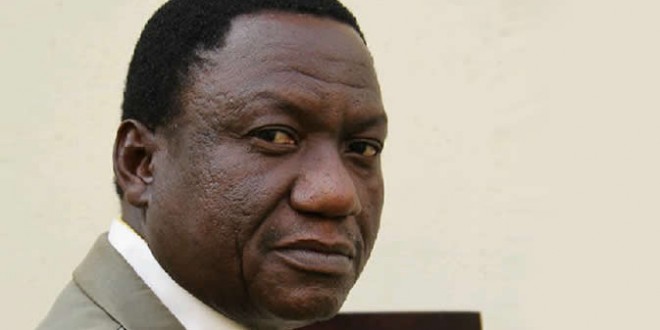 HUMAN rights groups have implored the government to provide security during on-going public hearings on the Private and Voluntary Organisations (PVO) Bill after the meetings were violently disrupted by suspected Zanu PF activists recently.

Public hearings on the controversial Bill, which seeks to ensure state control of civic groups, non-governmental organisations (NGOs) and trusts among others were disrupted in Harare’s Highfield, Rusape, Gutu and Bulawayo.

The Bill has been widely condemned as undemocratic and an attempt by the State to silence dissenting voices, particularly CSOs fighting corruption, human rights violations and other mis-governance issues.

“Parliament must ensure and guarantee that members of the public are safe during and after public hearings.

The Zimbabwe Coalition for Debt and Development (Zimcodd) said: “For future consultations, there is a need for the government to provide security during the hearings to ensure the safety of participants and control rogue elements.”

Information deputy minister Kindness Paradza said it would be difficult for Parliament to involve the police in its processes.

“It’s up to Parliament to request for police coverage during their meetings,” Paradza said.

“But again Parliament is a democratic institution such that they would not involve police or any other uniformed security forces during these hearings.

“This is why they specifically bar people in uniforms or party regalia to be at these meetings. They want people to air their views freely.”

Clerk of Parliament Kennedy Chokuda said they had not received any request from the portfolio committee on labour, public service and social welfare to tighten security at the hearings.

“We deal with the parliamentary committee. It will make recommendations and we will address them,” Chokuda said.

“The committee has not yet tabled the report to parliament. When it reports that will inform us as Parliament and we will act from the report.”

The PVO Bill was gazetted in November last year and seeks to amend the current PVO Act.

Under the Bill, targeted organisations will now be subject to de-registration, broad control and regulation by the respective Ministry.

The Bill allows the minister to appoint one or more persons as trustees to run the affairs of an NGO for a period not exceeding 60 days if he feels that there is a need for that.

The Bill also seeks to prohibit PVOs from political involvement.