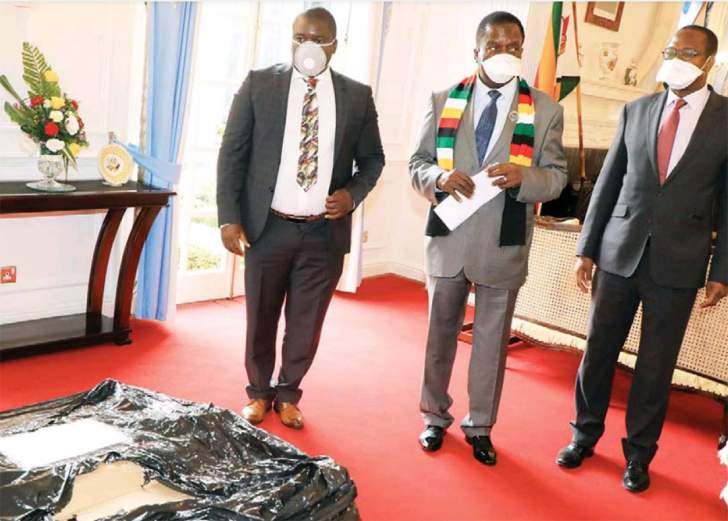 He was arrested Friday and is accused of lying to government that his company was a medical firm in a bid to be awarded tenders for Covid-19 supplies to the Health Ministry.

The State is opposing bail arguing he is facing a very serious offence and is likely to flee the country if remanded out of custody.

The State also claims the controversial deal had generated a lot of interest and bad publicity making it improper to release Nguwaya before trial.

Nguwaya is represented by Tafadzwa Hungwe, Admire Rubaya and Ashiel Mugiya who argued that their client was fit for bail.

“The argument was around what the State alleges he did in the commission of the offence and the apparent weakness of the case against him which is not enough to make him abscond especially in the Covid-19 time where international travel is almost impossible,” Hungwe told the court.

“The investigating officer (IO) failed to provide or name any document authored by Nguwaya during his testimony but suggested that he was the only company representative hence his arrest.”

The arguments were long and a lot of documents were produced by the state as well as the defence.

The IO also supported the State’s claims arguing that Nguwaya had a number of criminal cases pending before the courts.

However, the lawyers proved that all his cases had been removed from remand.

The lawyers also argued that the State cannot allege that there was a misrepresentation of facts since all documents tendered in court showed that Drax International, also known, as Drax Consult SAGL never undertook to be manufacturers of pharmaceuticals.

The State alleges Nguwaya lied Drax was based in Switzerland, but it was only a consulting company with no experience in the manufacturing of medicines.

Nguwaya allegedly did the same using a company called and won a supply deal worth US$40 million.

The matter came to light after a notable variance on prices charged by the companies to those prevailing on the market.

However, one of the lawyers, Rubaya said there was no fraud involved.

“Drax never represented that they were manufacturers but said they could supply. The ministry asked for due diligence to be done by Treasury,” he said.

“Treasury through permanent secretary (George) Guvamatanga gave the green light for NatPharm to deal with Drax. The agreement was entered into because Guvamatanga approved it.

“Nguwaya never wrote any letter. He doesn’t control procurement processes in government. Nguwaya signed the agreement as a witness, not a party. Drax delivered and the US$2million payment was for things already delivered.”