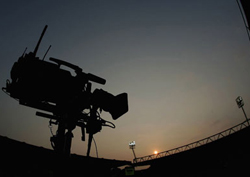 BULAWAYO based arts advocacy organisation, Nhimbe Trust, will next year train youths and women in the production of television and radio content ahead of the International Telecommunications Union (ITU) June digital migration deadline.
Zimbabwe, like other countries on the continent, is preparing for the transition from analogue to digital broadcasting.
The decision to migrate from analogue to digital broadcasting came as a result of the ITU’s regional radio communication conference held in Geneva in 2006. The meeting resolved that all countries should migrate to digital broadcasting by June 17, 2015.
According to telecommunication experts, the switchover from analogue to digital broadcasting will free up a significant amount of spectrum space by using advanced compression and multiplexing technologies offered on the digital platform.
Joshua Nyapimbi, Nhimbe Trust Executive director, said the advent of digitisation is certain to bring more channels which will need more content.
He said: “Through our School Playwrights Actors Academy (SPAA) class and Women in Theatre (WIT), we will be training youths and women in broadcast production next year. Zimbabwe is going digital next year and we are expected to produce more content.”
Nyapimbi said the academy, which consists of 30 students drawn from various Bulawayo schools and 20 actors from Women in Theatre, will produce television and radio series in addition to play productions with the support of Africalia Belgium.
The director said apart from improving ZBC’s content, the television and radio productions will also promote local talent and culture.
“We can make or unmake ZBC in terms of both radio and television programming. Let us get ZBC to where it used to be in terms of churning out relevant and exciting productions where people can identify with our local culture” he said.
Nyapimbi said under the programme, six productions will be recorded next year.
“We want to step into that space and we are very clear on what we want to do next year. We are having six productions, three under SPAA and three under WIT. All the productions will include television, theatre and radio,” he said.
Nyapimbi also revealed that his organisation is going to build an in house studio for training the actors. He said that will make it possible to export the content to the South African market.Advertisement

SPAA has produced a number of plays which include Kolobeja, Jazi, the Flat Dwellers and Colour of Hope. The academy has also regularly featured in local festivals such as Intwasa Arts Festival, Ideas Festival and the Youth Cultural Arts Festival.