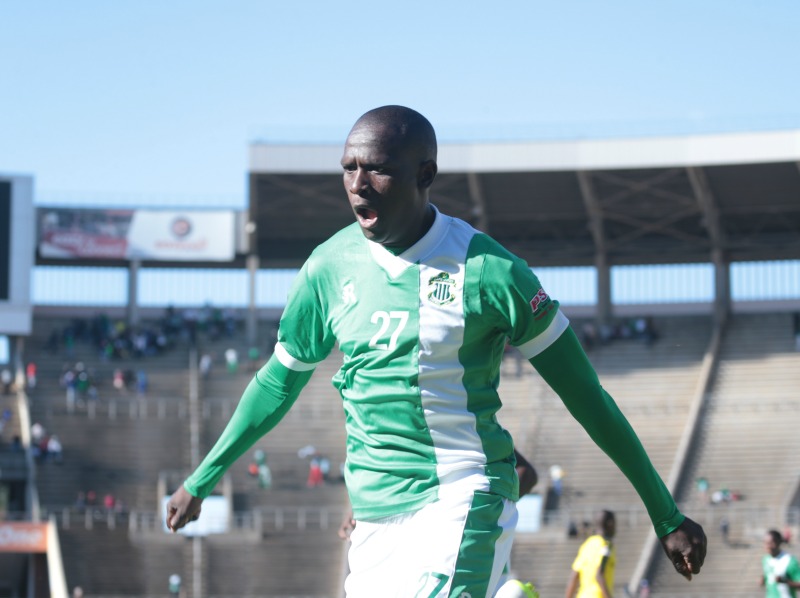 Former CAPS United forward Simba Nhivi who was unveiled at Ngezi Platinum Stars a week ago will have to wait a little longer before he can make his debut for the title chasing platinum miners after suffering a suspected fractured arm in training on Monday.

The 27 year-old striker joined Madamburo a week ago after terminating his contract with Harare giants CAPS United.

Nhivi, who was expected to make his debut for his new club against league newboys Nichrut at Boabab on Saturday, however suffered a hand injury which could rule him out for the remainder of the season.

While the extent of Nhivi’s injury is yet to be established Ngezi confirmed the injury and wished their player a speedy recovery.

“Madamburo family wishes our new center forward, Simbarashe Nhivi a speedy recovery; he picked up a hand injury during training. We wish him a speedy recovery and we can’t wait for him to score goals for Ngezi. God has a purpose for everything and God has plans for you to prosper Simba,” the club said in statement.

Nhivi was initially expected to rejoin Harare giants Dynamo after being released by CAPS United a fortnight ago but opted for a move to ambitious Ngezi Platinum, who are gunning for their maiden Castle Lager Premier Soccer League title.

Ngezi were desperate to sign an established striker after parting ways with regular scorer Terrence Dzvukamanja, who was snapped up by South African Premiership side BidVest Wits last month.

Nhivi, who recently had an unsuccessful stint at Singida in the Tanzanian Premier League last year, was Makepekepe’s second best scorer at Caps United with five goals, three behind John Zhuwawu who is the club’s top scorer and joint second for the league’s golden boot.