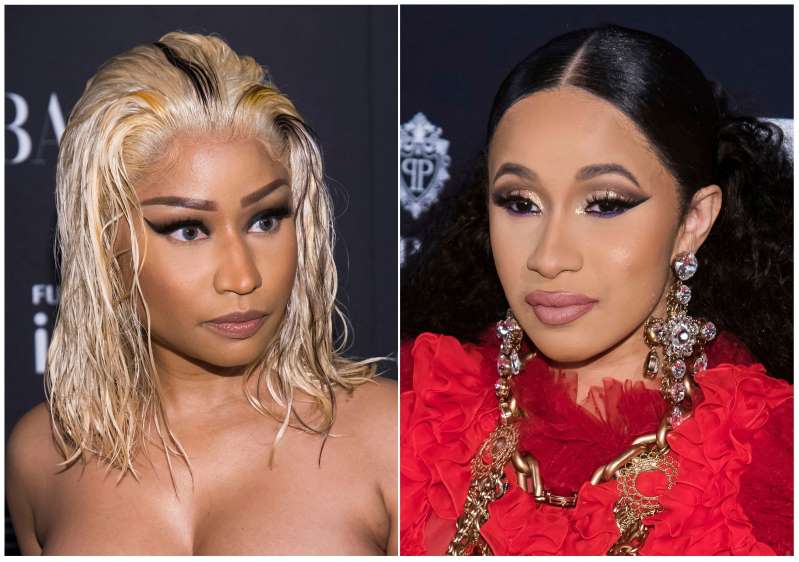 Nicki Minaj and Cardi B
Spread This News

The 35-year-old rapper appeared to have ended their long-running feud in October when she called a truce over Twitter, but Nicki’s new video for the track ‘Good Form’ – which features the two strip club bartenders who Cardi has been accused of ordering an attack on – could reignite their rivalry.

Baddie Gi and Jade appear at around the 40-second mark in the video, and Nicki has also posed alongside them for a photograph for her Instagram account.

Cardi, 26, surrendered to New York City police in October over the alleged fight at a strip club.

The incident was reportedly triggered by Cardi – who has denied involvement in the alleged fight – thinking that one of the women was involved with her husband Offset.

She said: “You getting girls beat up because of what your man doing?

But they recently appeared to have ended their feud after Nicki reached out to her rap rival over Twitter.

In October, she wrote on the micro-blogging platform: “Ok you guys, let’s focus on positive things only from here on out.

“We’re all so blessed. I know this stuff is entertaining & funny to a lot of people but I won’t be discussing this nonsense anymore. Thank you for the support & encouragement year after year. Love you. (sic)”

Cardi then seemingly appeared to reach a truce with Nicki.

She wrote on Instagram: “@Nickiminaj alright then! Let’s keep it positive and keep it pushing! (sic)”