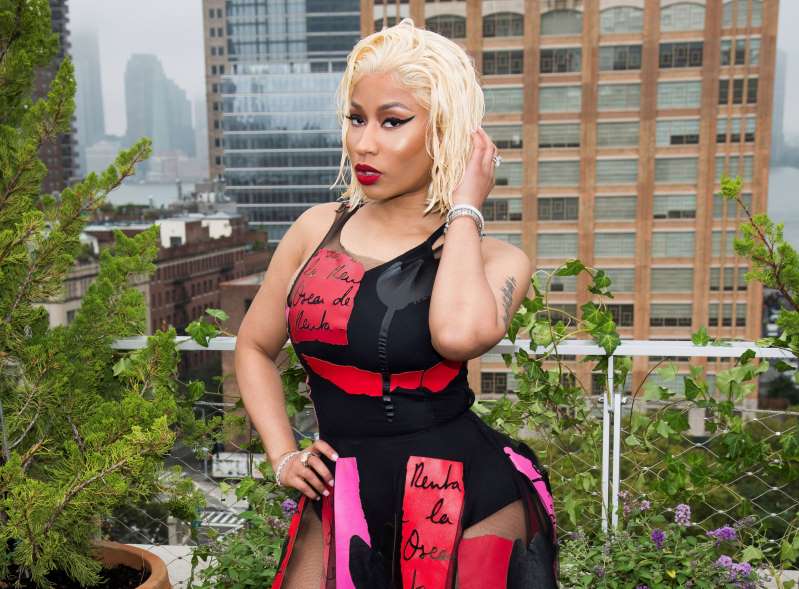 Nothing says “I love you” like a neck tat.

Amid backlash over his controversial past, Nicki Minaj’s new boyfriend, Kenneth Perry, has apparently memorialized his affection for the “Queen” rapper with some new ink.

On Friday, Dec. 21, Nicki shared a video on Instagram that showed a closeup of the pink and black cursive “Onika” — Nicki’s given name — that now adorns the whole right side of Kenneth’s neck.

The tattoo was Kenneth’s first, according to Nicki’s caption.

“Did ya tat hurt zaddy? ? his first tat- frontin like it didn’t sting ? #Onika#HeavyOnIt ?? #SuperSleezy 〽️??,” she wrote alongside the video, which begins with the camera pointed at her before she turns to show off Kenneth’s body art.

The couple made headlines a few weeks ago when Nicki made their relationship Instagram official. As fans quickly figured out, Kenneth is a registered sex offender in the state of New York and was convicted of manslaughter in 2002.

After negative comments about Kenneth’s past began to surface on Nicki’s Instagram feed, she warned users, “y’all can’t run my life,” then proceeded to share posts from the couple’s beachy getaway over her 36th birthday weekend.

Nicki’s also gone after the Daily Mail for reporting on Kenneth’s past, warning the outlet on Twitter that their facts were wrong and she was going to sue after a reporter announced, “this is not the first time [Nicki] has defended a registered sex offender,” then recalled how she “supported her brother, Jelani Maraj … when he was found guilty of sexually assaulting an 11-year-old girl.”

It’s unclear if Nicki proceeded with a lawsuit.

According to Us Weekly, Nicki and Kenneth’s relationship dates back to their teenage years in Queens. They reportedly reconnected over Thanksgiving when Nicki and her mother went back to their old neighborhood to hand out free turkeys for the holiday.

The rapper and singer was previously linked to Formula One racer, Lewis Hamilton.