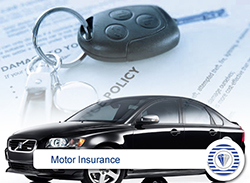 ZIMBABWE’S largest short-term insurer NicozDiamond’s net profit for the full-year to December fell by over 50 percent to $1,1 million on declining gross premium written (GPW) and losses by associates, the company said on Thursday.
Basic earnings per share also fell by half to 0,20 cents as GPW decreased to $$28,7 million from $30 million. In the prior year, NicozDiamond recorded a net profit of $2,3 million.
Other operating expenses marginally increased to $16,9 million from $16,3 million in prior year. The company said earnings were weighed down by the poor performance of its regional operations and associates.
“Premium collections remained a challenge with increased pressure on the industry to extend payment terms to clients.
“This continued to halter the capacity of the insurance companies to mobilize savings and play a more significant role in the funding of national projects,” chairman Albert Nduna said in a statement accompanying the financials.
The domestic insurance business contributed 88 percent to the profit with the properties portfolio contributing 11 percent while the Uganda operation’s share at one percent, the company said.
“The associate companies contributed negatively and took away 28 percent from the group’s profit.
“Diamond Seguros, the new operation in Mozambique was accounted for as an associate for the first time in the year and recorded a loss as expected,” Nduna said.Advertisement