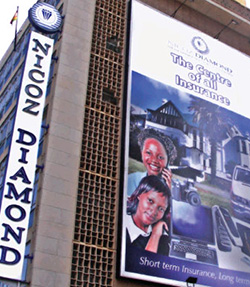 HARARE: Zimbabwe’s largest short-term insurer, NicozDiamond says it has found a prospective buyer for its Ugandan operation, First Insurance Company (FICO).
The Group is looking at disposing of FICO, which it acquired from parent company Zimre Holdings, citing low returns on investment.
“Negotiations are at advanced stages with the potential buyer,” said NicozDiamond’s general manager for corporate services and company secretary Gloria Zaravanhu in an emailed response without giving much detail.
She added that further details will be made available once the deal is concluded.
Managing director Grace Muradzikwa told The Source in July that FICO, was a difficult investment with low returns.
“The returns from that market were not what we expected. Sometimes it is better to cut your losses. We are still exploring ways of exiting. We would rather dedicate our resources where there would be better returns,” said Muradzikwa then.
NicozDiamond’s Gross Premiums Written (GPW) in the five months to May 2016 was steady at $13 million. In the period, the company had processed claims amounting to $4 million, two of them valued at $500,000 each.Advertisement