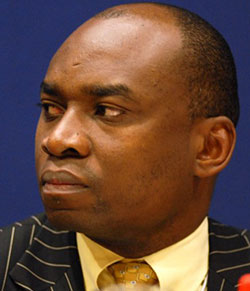 BOTSWANA’S central bank has been granted an order by the High Court in that country to liquidate Nigel Chanakira’s Kingdom Bank Africa Limited due to insolvency, the bank said on Friday.
The Bank of Botswana announced that the period of temporary management of KBAL ended on May 18 and that due to insolvency, it had successfully applied for its liquidation at the High Court of Botswana and the order was granted on May 12.
The bank’s liabilities exceed its assets by approximately $17 million.
“The High Court of Botswana granted the final winding-up order in respect of KBAL and appointed Mr Max Marinelli and Mr Chris Bray, both chartered accountants of Gaborone, to act as joint liquidators, and they will shortly commence the necessary winding-up processes,” said the BoB in a statement.
During the temporary management period, the managers found that the assets base of the bank had been severely eroded due to a number of factors which gave rise to liquidation problems and ultimately insolvency, the bank said.
“These problems have negatively impacted on KBAL, its ability to continue as a going concern and its ability to meet its obligations to its depositors,” it said.
The bank said it had commissioned a forensic audit of the financial affairs of KBAL with a particular focus on some investments and placements at foreign financial institutions which was ongoing.
KBAL was Chanakira’s sole foothold in the financial sector after Mauritian firm, AfrAsia Bank Holdings, bought him out of Kingdom Financial Holdings, which it rebranded AfrAsia Zimbabwe.
AfrAsia in February pulled out of Zimbabwe, leading to the local bank surrendering its operating licence and placing the its two subsidiaries, microfinance firm MicroKing, and asset manager AfrAsia Capital Management (ACM) under a cloud.
The bank has since been placed under provisional liquidation.Advertisement