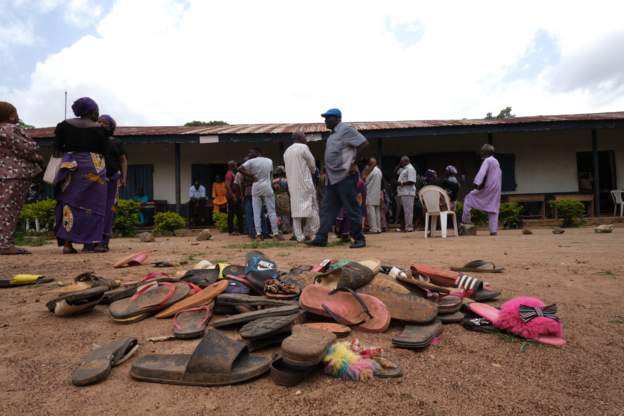 THREE suspects behind the abduction of more than 100 students in the Nigerian state of Kaduna state have been arrested, police say.

They are among 50 suspects believed to be members of different gangs operating in north-west and central Nigeria.

Police spokesman Frank Mba said security forces were on the trail of 22 other members of the gang who were part of the abduction.

It comes as state governments in the region recruit vigilantes to help secure the area.

Some of the victims have been released, in batches – with the latest 10 students freed a few days ago. At least 20 students are still being held in captivity.

Parents of the abducted children have reportedly had to pay huge amounts of money as ransom to get their children released but there has been no official confirmation of this.

The abduction of the students was the fourth mass abduction in Kaduna schools in the last few months.

Similar abductions have taken place in neighbouring Zamfara, Niger and Katsina states, which have seen a deteriorating security situation.