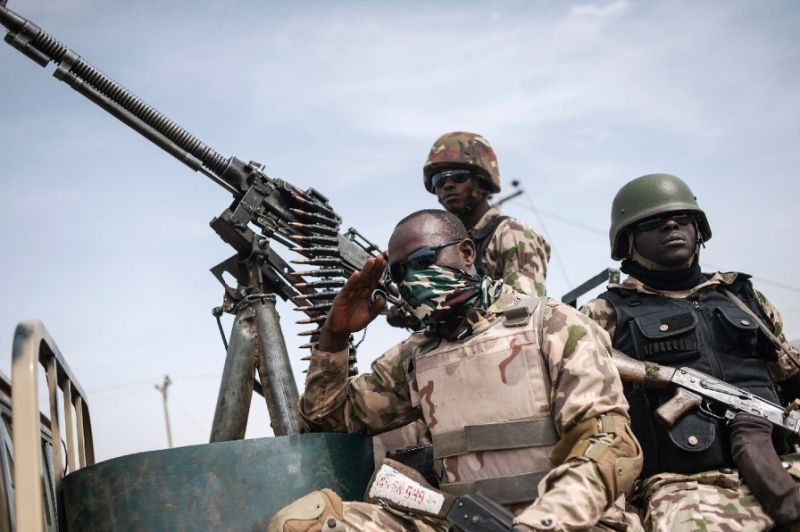 Boko Haram jihadists have killed 53 soldiers and farmers in three days of attacks in northeastern Nigeria, security sources said Tuesday, in a new show of force ahead of February elections in the West African country.

Despite the government’s insistence that Boko Haram is near defeat, the group has recently carried out a string of major attacks on military and civilian targets.

President Muhammadu Buhari, seeking re-election in February, faces widespread criticism over his security record as soldiers based in the northeast regularly complain of fatigue and insufficient supplies of food and arms.

The Islamic State West Africa Province (ISWAP), a Boko Haram splinter group, killed at least 44 soldiers in attacks on three military bases at the weekend, according to security sources.

Of those, at least 43 were killed on Sunday in Metele, a remote village near the border with Niger, according to a military officer who requested anonymity.

“Our troops were completely routed and the terrorists captured the base after heavy fighting,” he told AFP, adding that the base commander and three officers were among the dead.

A search was under way for survivors or further victims in the surrounding bush, he said.

A pro-government militiaman said the jihadists arrived on around 20 trucks and army air support did not arrive until after they had “invaded the base and looted the weapons”.

The same day, jihadists also launched a pre-dawn attack on a base in the town of Gajiram, some 80 kilometres  north of the Borno state capital, Maiduguri.

And a soldier was killed in an attack Saturday on a base in Mainok, also in Borno state, the cradle of the Boko Haram movement, security sources said.

More than 27,000 people have died since the start of the Boko Haram insurgency in 2009, and 1.8 million remain homeless

ISWAP asserted responsibility for the attacks in Metele and Mainok, claiming to have killed at least 42 soldiers in addition to carting away four tanks and other vehicles, according to the SITE Intelligence monitoring group.

In addition, Monday saw the latest in a string of attacks on villages, usually carried out to pillage food and abduct civilians used as fighters or forced to marry jihadists.

The jihadists have accused farmers and loggers of passing information to the military.

Armed with guns and machetes, jihadists killed nine farmers and abducted 12 others in the Mammanti village in Borno state, locals told AFP on Tuesday.

The jihadists came on bicycles, said Usman Kaka, a farmer who escaped. “They just opened fire on us and continued to fire as we fled,” Kaka said.

Also on Monday, seven women were snatched while working in fields near the city of Bama, according to militiamen fighting alongside army soldiers.

In an attack on Mammanti last week, jihadists stole hundreds of heads of cattle.

The surge in attacks on military targets suggests that hardliners within ISWAP have taken the upper hand after internal divisions, observers say.

More than 27,000 people have died since the start of the Boko Haram insurgency in 2009, and 1.8 million remain homeless.