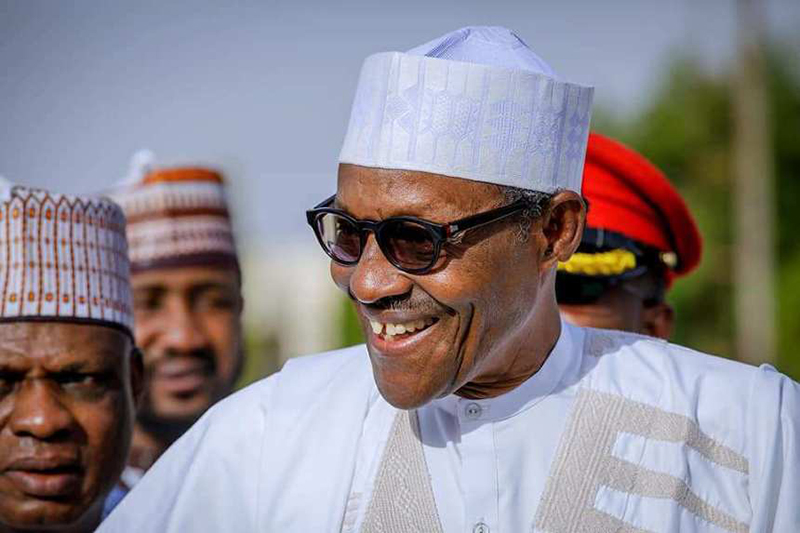 Muhammadu Buhari was on Wednesday re-elected Nigeria’s president after a delayed poll that angered voters and raised political temperatures – but the opposition immediately vowed to challenge the “sham” result in court.

It was the second victory at the ballot box for Buhari, a one-time military ruler who in 2015 was elected to lead Africa’s most-populous nation and leading oil producer.

With ballots counted in all of Nigeria’s 36 states and the Federal Capital Territory (FCT), Buhari, 76, triumphed with some 15.2 million votes over his nearest rival Atiku Abubakar, who trailed by nearly four million votes.

However, Abubakar on Wednesday rejected the result of the vote, which has been marred by claims of rigging and corruption.

“If I had lost in a free and fair election, I would have called the victor within seconds of my being aware of his victory to offer not just my congratulations, but my services to help unite Nigeria by being a bridge between the North and the South,” he said in a statement.

“I hereby reject the result of the February 23, 2019 sham election and will be challenging it in court.”

Buhari, meanwhile, thanked Nigerians for re-electing him “for the next four years”, saying he was “deeply humbled and profoundly grateful.

Addressing supporters and party leaders at his All Progressives Congress (APC) campaign headquarters, he called his win “another victory for Nigerian democracy.”

“The new administration will intensify its efforts in security, restructuring the economy and fighting corruption,” he said.

Supporters had gathered outside the party’s offices in the capital Abuja late Tuesday as it became clear that Buhari had an unassailable lead, dancing and singing “We’re popping champagne!”

Vice-President Yemi Osinbajo appeared in a video clip singing “Up we go!” in a reference to Buhari and his “Next Level” campaign slogan.

But there were none of the spontaneous street parties that marked his victory four years ago, when he became Nigeria’s first opposition candidate to beat an incumbent president.

To win the presidency, a candidate needs a majority of votes nationwide and at least 25 percent of support in two-thirds of the states plus the FCT.

Buhari won in 19 states — including the two most populous, Lagos and Kano — while Abubakar was victorious in 17 states and the FCT.

In 2015, president Goodluck Jonathan won plaudits for conceding to Buhari in a phone call, when the results indicated he could not win.

The concession is acknowledged as having prevented a repeat of the deadly violence that has marked previous elections in Nigeria.

This year’s election — the sixth in the 20 years since the return of civilian rule after decades of military government — was initially scheduled for February 16.

But INEC postponed them for one week just hours before polls were due to open, citing logistical difficulties in delivering ballot boxes and other election materials.

People watch a live broadcast of election results in Port Harcourt, in the south of Nigeria

Voting took place on Saturday after a week in which the APC and PDP intensified their war of words, accusing the other of conspiring with INEC to rig the result.

The PDP claimed data from handheld devices used to authenticate voters’ identities at nearly 120,000 polling units had been altered in favour of the ruling party.

It called for the results in at least two states to be re-run and for a reversal of the cancellation of tens of thousands of “valid, legal” votes elsewhere.

The vote was marred by violence, including 53 deaths, according to the Situation Room, an umbrella group of more than 70 civil society groups that monitored polling.

Some observers reported instances of vote-buying, intimidation and violence towards voters and officials, which have been a problem in previous polls in Nigeria.

The issues will likely prompt calls for electoral reform, including the introduction of technology capable of directly transmitting results from polling units.

A total of 72.7 million people were eligible to vote in the presidential poll as well as parliamentary elections held at the same time.

Low voter turnout — in some places as low as 18 percent — was blamed on a combination of apathy because of the delay, organisational and logistical problems, as well as unrest.