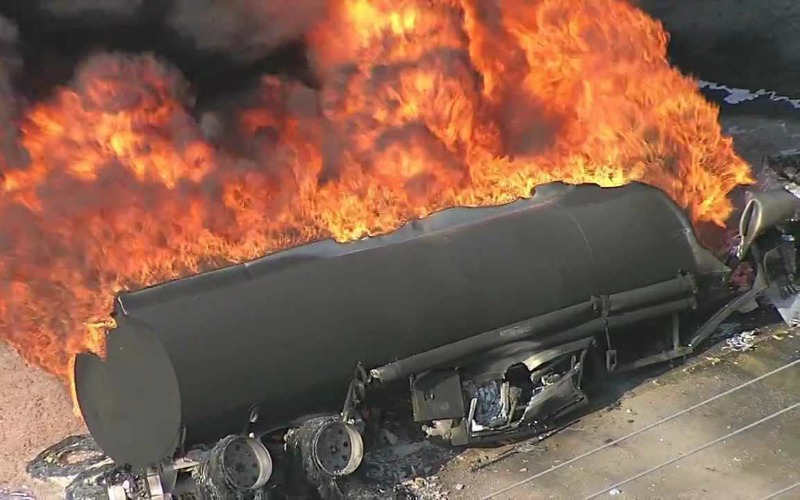 At least 35 people were killed and hundreds injured when a gas tanker exploded in the northern Nigerian state of Nasarawa and started a blaze, the state emergency agency said.

The State Emergency Management Agency (SEMA) official said on Monday the accident happened at a petrol station along the Lafia-Makurdi road linking the capital city of Abuja with northern and southern Nigeria.

Usman Ahmed, acting director at SEMA, said the truck exploded at the point of discharging the gas, citing a witness account. The agency was investigating the incident, he said.

“We have confirmed 35 dead and over a hundred injured. Most of those that died rushed to the accident spot to see what was happening,” Ahmed told Reuters news agency.

Nigeria’s Senate president, Bukola Saraki, in a Twitter post called the explosion “horrific” and said he met with survivors.

He offered prayers for families who lost relatives.

At least nine people were killed in the country’s commercial capital of Lagos in June when a petrol tanker caught fire and burned 53 other vehicles.

In January, 10 people died in a blast in Magodo in Lagos state.