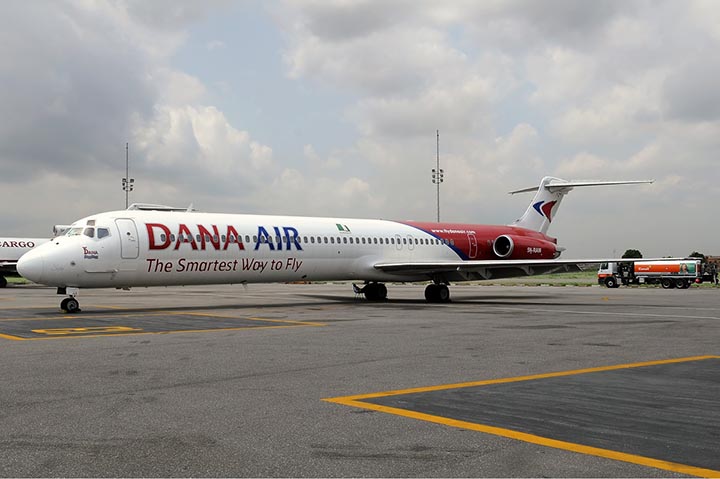 LAGOS Nigeria’s aviation authorities said on Wednesday they had launched an investigation into how a passenger plane overshot the runway while landing in the southern city of Port Harcourt.

The incident involving a Dana Air Boeing MD-83 jet happened at about 19:30 (1830 GMT) on Tuesday. None of the 44 passengers and six crew on board was injured.

But Sam Adurogboye, of the Nigerian Civil Aviation Authority (NCAA), told AFP the plane was “badly damaged”, adding: “We have launched an investigation.”

It was the second incident involving domestic airliner Dana Air this month: on February 7, an emergency exit door fell off as the plane landed in Abuja from Lagos.

The Federal Airport Authority of Nigeria (FAAN) said Tuesday’s overshoot “was suspected to have been caused by heavy rain, which was accompanied by strong wind and a storm”.

Dana Air was grounded after another of its MD-83 aircraft crashed outside Lagos on June 3, 2012, killing all 153 on board and six on the ground.

The airline resumed operations in January 2014.