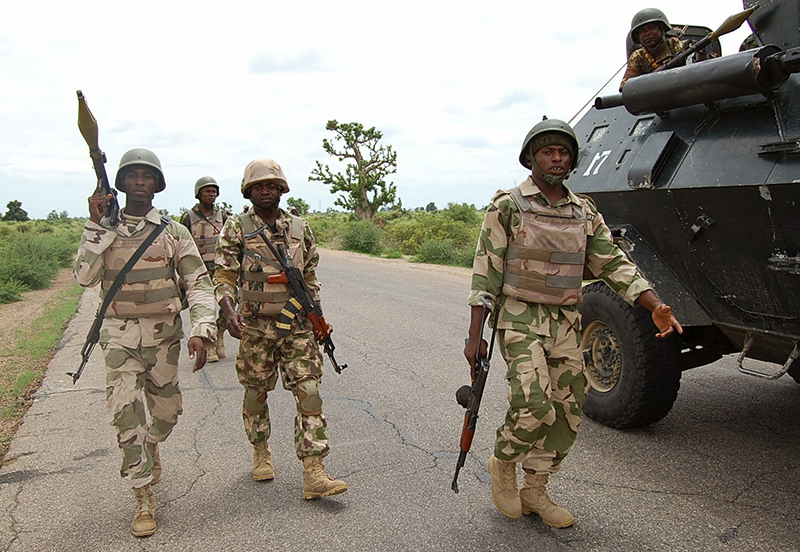 The hostages, which consisted mainly of women and children, were rescued from four villages in the Bama area of Borno State, military spokesman Brig. Gen. Texas Chukwu said. Among the rescued were some men who had been forced to become Boko Haram fighters, he said.

Nigeria’s military conducted the operation with allies from the Multinational Joint Task Force, according to Chukwu.

He wouldn’t give details of when the rescues took place or over what period of time.

Boko Haram has been responsible for thousands of abductions, especially of young girls and women, during its nine-year insurgency in Nigeria and neighboring countries.

Nigeria’s army has staged rescues before, but many victims, including some girls abducted from Chibok in 2014, remain missing.

In February, the military said it rescued more than 1,100 people held in different parts of the Lake Chad region near Cameroon. About 110 girls were kidnapped on Feb. 19 by Boko Haram from a school in Dapchi town, and most were later released. The Nigerian government denies that it paid a ransom or made a prisoner swap in exchange for the Dapchi girls’ freedom.

President Muhammadu Buhari, who made the fight against Boko Haram a key issue before his 2015 election win, faces growing pressure ahead of next year’s election. His government has repeatedly declared that Boko Haram has been defeated, but the Islamic extremists continue to carry out kidnappings and deadly suicide attacks.