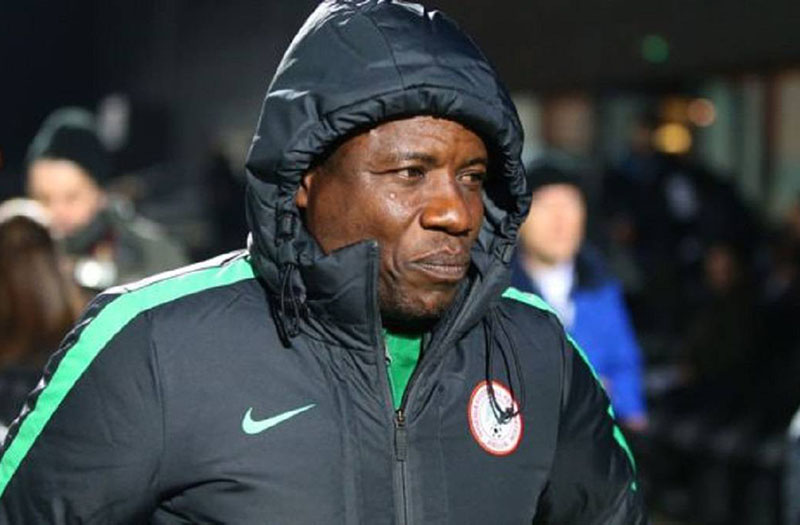 THE Nigerian soccer federation banned a senior national team coach for one year Wednesday for accepting $1,000 from an undercover reporter.

Salisu Yusuf, who has the title of Nigeria chief coach under technical director Gernot Rohr, was also ordered to pay a fine of $5,000 by the country’s national soccer federation after he was filmed taking cash from the same undercover reporting team that exposed FIFA Council member Kwesi Nyantakyi of Ghana.

Nyantakyi resigned from his roles as a member of the powerful FIFA Council, as vice president of the Confederation of African Football, and as president of the Ghana soccer association after he was caught in a separate sting taking $65,000 in bundles of cash from the reporters and stuffing them into a black plastic bag.

Nyantakyi is under investigation by FIFA.

Yusuf, who was Rohr’s most senior assistant with Nigeria at the World Cup in Russia, accepted money after a reporter posing as an agent asked him to select certain players for a tournament in Morocco earlier this year, when Yusuf was in sole charge of the team.

The reporters claim the meeting happened with Yusuf in September 2017, when they asked him to make sure that defender Osas Okoro and midfielder Rabiu Ali were in Nigeria’s squad for the African Nations Championship in January and February.

In the secretly-filmed video, Yusuf promises the players will be picked for the tournament after the reporter hands over the cash. They then shake hands.

The two players were selected but the Nigerian federation said there was no evidence the money influenced Yusuf’s decision because they were expected to make the squad anyway.

Still, the federation’s ethics committee said Wednesday that Yusuf made “a conscious and deliberate decision” to accept a cash gift, which is prohibited.

Yusuf was cleared of another charge after the reporters offered him a cut of 15 percent of the two players’ future contracts if he helped boost their careers with the national team. He was cleared of that because “there was no follow-up action on the promise,” the Nigerian soccer federation’s ethics committee said in its judgment.

There is no indication the two players were aware of the arrangement.

Yusuf is the latest African soccer official to be caught up in a bribery scandal, with officials, coaches and referees implicated in a series of operations by Ghanaian undercover reporter Anas Aremeyaw Anas and his team.

The videos show a sport still operating in a murky world of bribery and secret meetings three years after the FIFA corruption scandal brought down some of world soccer’s biggest figures.

Nyantakyi was the second most senior official in African soccer before he was caught accepting money and promising to help a phony Middle Eastern businessman seal a sponsorship deal with the Ghana soccer association he led. Nyantakyi was also planning to take a $4.5 million commission on the proposed $15 million deal, the reporters claimed.

Match officials have also been exposed. Nearly 20 referees and assistant referees were banned by Africa’s soccer body in June and July, some of them for life and many of them after being caught in Anas’ undercover stings. Although the undercover reporters don’t ask the referees to specifically fix games, they ask them to be friendly toward a team they claim to support.

One of them, assistant referee Aden Range Marwa of Kenya, was due to officiate at the World Cup before it emerged he was filmed taking a $600 payment from the journalists. He was banned for life by the Confederation of African Football and is also being investigated by FIFA.

In another of the undercover recordings at a tournament for West African nations, referees who would later control games involving the Ghana, Nigeria and Senegal national teams line up to take money.

“This thing, the way you do it, it’s happening everywhere,” one of the referees, who is dressed in an official green CAF referees tracksuit, says to the undercover reporter handing out the cash.