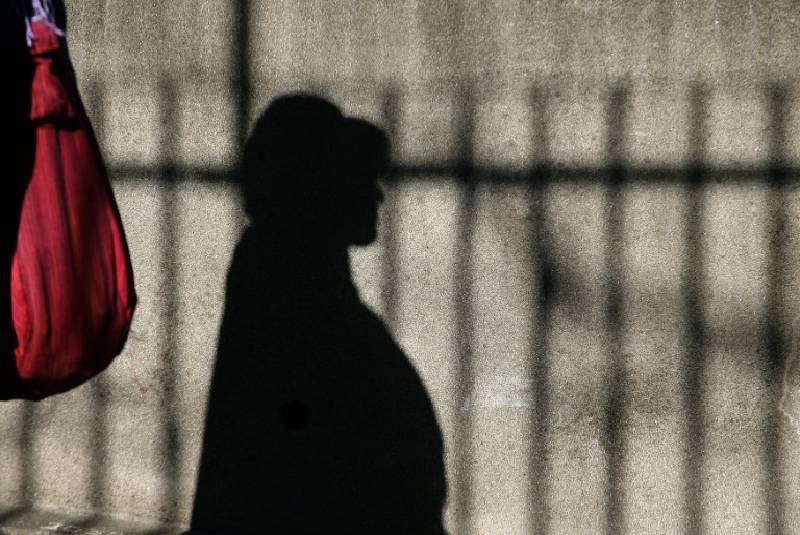 Surrogacy can be an option for couples who can't conceive or who don't want to adopt -- but in many countries, the process is fraught with problems
Spread This News

Ada became a surrogate mother after her landlord threatened to evict her family from their apartment in Nigeria’s commercial capital, Lagos, two years ago.

But her husband wasn’t open to the idea when she first brought it up.

“He was like, ‘What’s that? Why on earth would you think of something like that? Please don’t even go there’,” she recalled.

Ada became intrigued about surrogacy when she heard about it on a US reality television show, but thought it was only for Westerners. Then a colleague revealed that she had done it.

But in a religiously conservative nation, many Christians and Muslims alike are sceptical of surrogacy — even though the practice has historic roots.

Some polygamous ethnic Igbo or Yoruba clans used surrogates when a wife was unable to conceive.

In some Igbo villages, certain women could “marry” another woman. Any child born from the marriage would take the name of the “female husband” and the male donor’s identity was never divulged.

But as years pass, traditions fade. In their place, a relatively lucrative but murky and secretive system has developed.

Key to her involvement was the surrogacy agency’s provision of decent accommodation for her, her husband and their own two children while she was pregnant.

“That was what attracted me to the project,” she told AFP.

“We had a pressing need to move out of our place and when I showed (my husband) the accommodation fee, he started looking at it differently, even though he was scared.”

Her husband’s fears were justified even if he finally relented: Nigeria is the fourth most dangerous country in the world to give birth.

Ada eventually gave birth to twins. So as not to arouse suspicion and to avoid the stigma attached to surrogacy, Ada told her friends she lost the babies.

The taboo surrounding surrogacy is even greater for the women who have to turn to it.

Infertility is sometimes seen as divine punishment and most often the woman is blamed when couples are unable to conceive.

“When you go to church and you see couples praising God for giving them a child after 15 or 20 years, they say it’s a miracle but often it’s IVF (in-vitro fertilisation) or surrogacy,” said a surrogacy agent, who gave his name as Chike.

“Most people in Nigeria can’t afford the cost of IVF or a surrogate mother, so there is not an extensive market for it in Nigeria.

“There are a lot of stereotypes around surrogacy because of the ‘baby factories’. People don’t know the difference.”

“Baby factories” are illegal maternity units where many young women and girls give birth anonymously after getting pregnant accidentally — sometimes as a result of rape — or go there to sell the newborn.

Huge social and religious pressure forces many infertile couples without means to go in desperation to these units, which are prevalent in southeast Nigeria and are often raided by police.

Toyin Lolu-Ogunmade knows the pain of not being able to have children but didn’t want to use a surrogate. “I wanted to carry a baby myself,” she said.

“My thinking was, ‘If you can’t carry a pregnancy, then how are you a woman?’ That is the essence of femininity and it’s being taken from me.”

“Most people want to have children that are from their own genes, adopted children are not biologically linked to you,” she explained, “with surrogacy, they are related.”

Lolu-Ogunmade’s 12-year struggle with infertility was due to uterine fibroids and post-surgery complications.

Doctors told her the only chance of becoming a mother was by using a surrogate.

“I didn’t know where to start,” she recalled.

After discussing the matter with her husband and their pastor, the couple travelled to India where surrogacy is legal.

They eventually returned to Nigeria in 2012 with twins and the idea of setting up an agency to help women with fertility problems.

In Nigeria, there are no laws governing surrogacy.

Lack of legislation leaves parents and the surrogate vulnerable to inadequate medical screening, a lack of psychological support and excessive use of Caesarean sections.

Ayo Sogunro, a human rights lawyer, said Nigerian courts were likely to follow common law precedents recognising the rights of both parties in a surrogacy contract.

For Chike, the lack of proper legislation was too much of a risk and last month he closed his online agency after five years.

“We will not respond to any surrogacy requests. We thank you very much for your support,” a message reads on the firm’s Facebook page.

Chike said his involvement in commercial surrogacy has left him facing possible legal action for human trafficking — and it was not worth the risk.

“Nigeria is not ripe enough (for surrogacy) until there’s legislation in place,” he added.