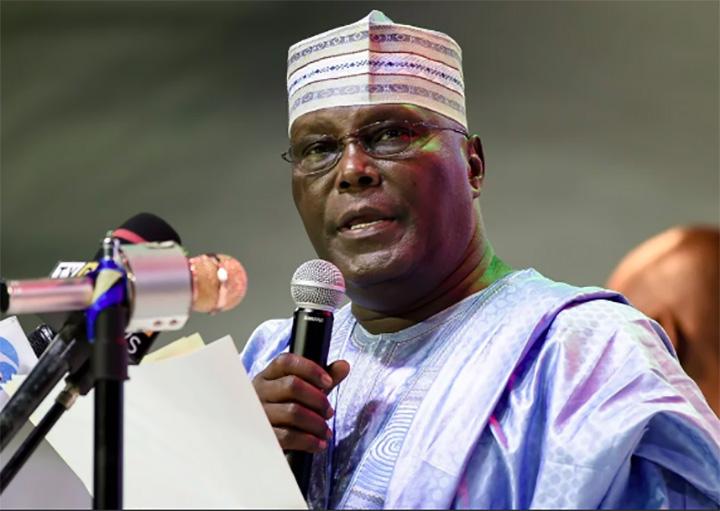 THE presidential nominee of Nigeria’s main opposition party alleged on Sunday that he was “intimidated” by armed government agents who searched his private plane at the Abuja airport.

Atiku Abubakar, the candidate of the People’s Democratic Party (PDP) who will challenge incumbent Muhammadu Buhari in February, said he was manhandled upon his arrival at the Nigerian capital from Dubai.

“@atiku I arrived to Abuja this morning, to a search by agents of the state, aimed at intimidating me and my staff,” Abubakar said on his Twitter account.

The PDP issued a statement saying it “condemned in the strongest terms the unleashing of a special security squad of army, police and paramilitary agencies by the Muhammadu Buhari presidency to physically harass our presidential candidate”.

It alleged that the “Gestapo-style attack” was carried out “on orders from above”.

The statement said the agents “rushed our candidate… and attempted to physically manhandle him before invading his aircraft with dangerous weapons to conduct a violent search”.

It said the search did not turn up “anything incriminating” but that the agents “tampered with” Abubakar’s belongings including campaign documents.

The minister of aviation Hadi Sirika described the incident as “routine” and said the process applied “to all international arrivals”, in a statement responding to the claims.

“While it is true that the Task Force on Currency at the airport did the routine action of checking the former Vice President’s travel bag, he was accorded full respect as a senior citizen,” he said.

Buhari, a 75-year-old former military ruler, was the first opposition candidate to win a presidential vote in the west African country in 2015.