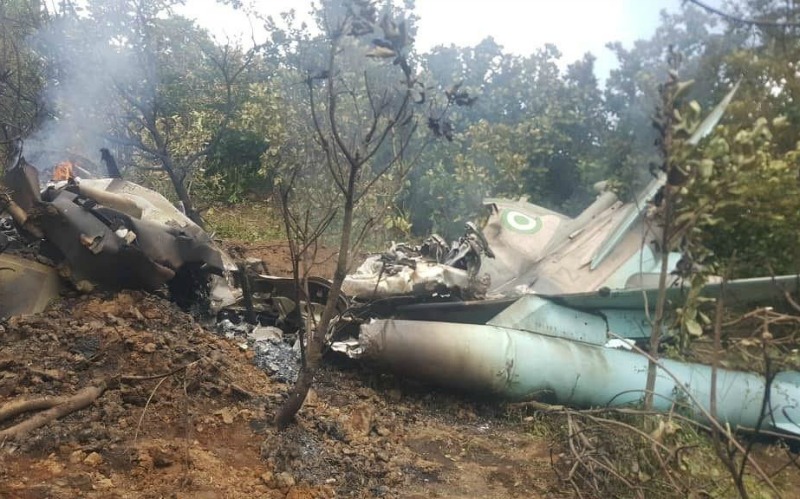 A pilot died from a crash on Friday as Nigeria’s Air Force, NAF, undertook a dress rehearsal for an aerial display to commemorate the country’s 58th Independence anniversary.

The Air Force confirmed the incident in a statement that said three pilots had ejected from their aircrafts following the mishap but that one died from injuries he sustained. There were no civilian casualties recorded.

The NAF chief has subsequently asked for an investigation into the exact circumstances surrounding the incident. The statement was issued by the NAF’s public relations chief, Ibikunle Daramola. It read as follows:

“The air mishap necessitated the 3 pilots to eject from their aircraft, which subsequently crashed in the general area of Katamkpe Hill. Regrettably, however, one of them later died due to complications from injuries sustained upon impact on the ground. Thankfully, there were no civilian casualties.

“The Chief of the Air Staff (CAS), Air Marshal Sadique Abubakar, on behalf of officers, airmen and airwomen of the NAF, commiserates with the family of the deceased officer. The CAS has also instituted an air crash investigation to determine the remote and immediate causes of the incident,” it concluded.

Nigeria has one of the continent’s most well equipped air force. They are actively engaged in the anti-terrorism combat against Boko Haram in the northeast.

The Air Force also supports the army in combating banditry and cattle rustling in some other states in the north. They do aerial displays on national events and parades.

It also runs a training outfit that is known to churn out products for air forces across the continent.