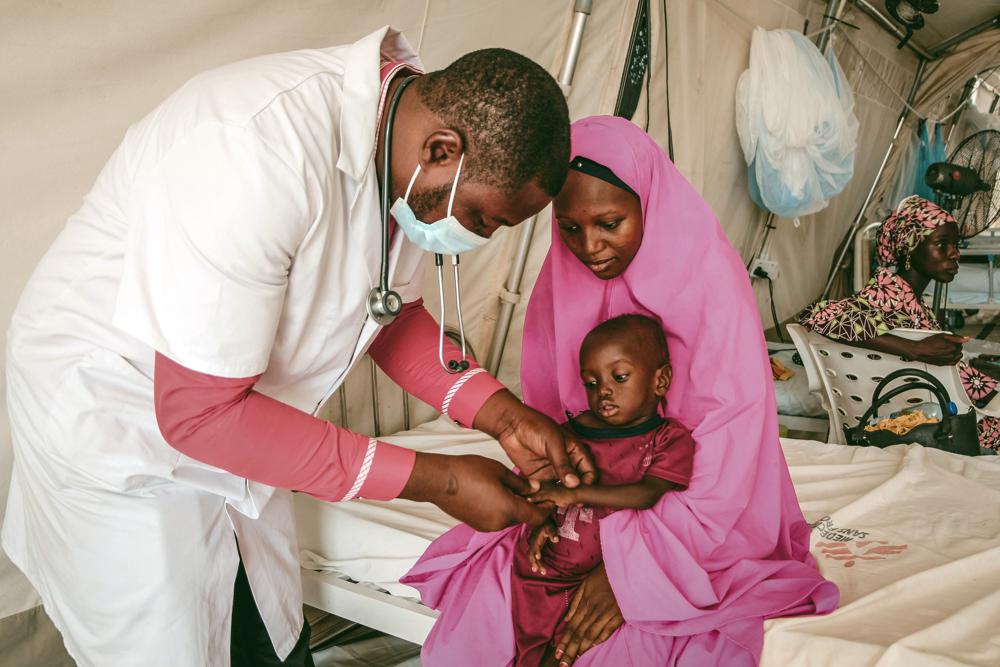 ABUJA: Four years ago gunmen attacked Halima Musa’s village in northwestern Nigeria, killing her husband and the oldest of their seven children.

The family fled to the safety of a camp for displaced people, but now they are hungry, she said.

“It’s been more than one year since the government brought us food items.” she said from Sokoto camp.

It’s 2 p.m. and she’s preparing the family’s first — and only — meal for the day. She’s not sure where she’ll find food the next day. “I and my children are usually begging,” she said.

Northwest Nigeria’s escalating violence has claimed thousands of lives and displaced hundreds of thousands more. Many, like Musa, are sheltering in camps that often have inadequate food.

The violence has exacerbated the chronic poverty in this part of the West African nation which has a 40% poverty rate, according to the latest government statistics, including some of the poorest citizens in the troubled north.

Many families have had to abandon their farmlands as they are forced to choose their lives over livelihoods.

The attacks have “pushed many communities to their limits, including about 500,000 people forced to flee from home,” according to Michel-Olivier Lacharite of Doctors Without Borders, the France-based medical charity.

The group is preparing to provide food to up to 100,000 malnourished children this year in Nigeria’s Katsina state alone, said Lacharite, head of the group’s emergency operations.

Despite alerting the government to the problem, he said, “We have not seen the mobilization needed to avert a devastating nutrition crisis.”

The violence in northwest Nigeria is blamed on armed groups that authorities say are mostly young semi-nomadic herdsmen from the Fulani tribe who are in conflict with settled farming communities over limited access to water and land. Some of the rebellious herdsmen are now working with Islamist extremist rebels in the country’s northeast in targeting remote communities.

As Nigeria’s jihadi insurgency in the northeast has abated somewhat, the violence in the northwest has worsened, according to authorities.

“The government gives them (displaced people) more attention in the northwest even now than the northeast,” said Murdakai Titus with Nigeria’s National Commission for Refugees, Migrants and Internally Displaced Persons.

“Northwest is given high priority … for intervention activities from the commission – relief materials, livelihood activities, training them to be self-reliant,” he said.

Malnutrition remains a source of concern though, Lael said, pointing out that in certain areas, “children under five were twice as likely to be malnourished compared to those from the general population.”